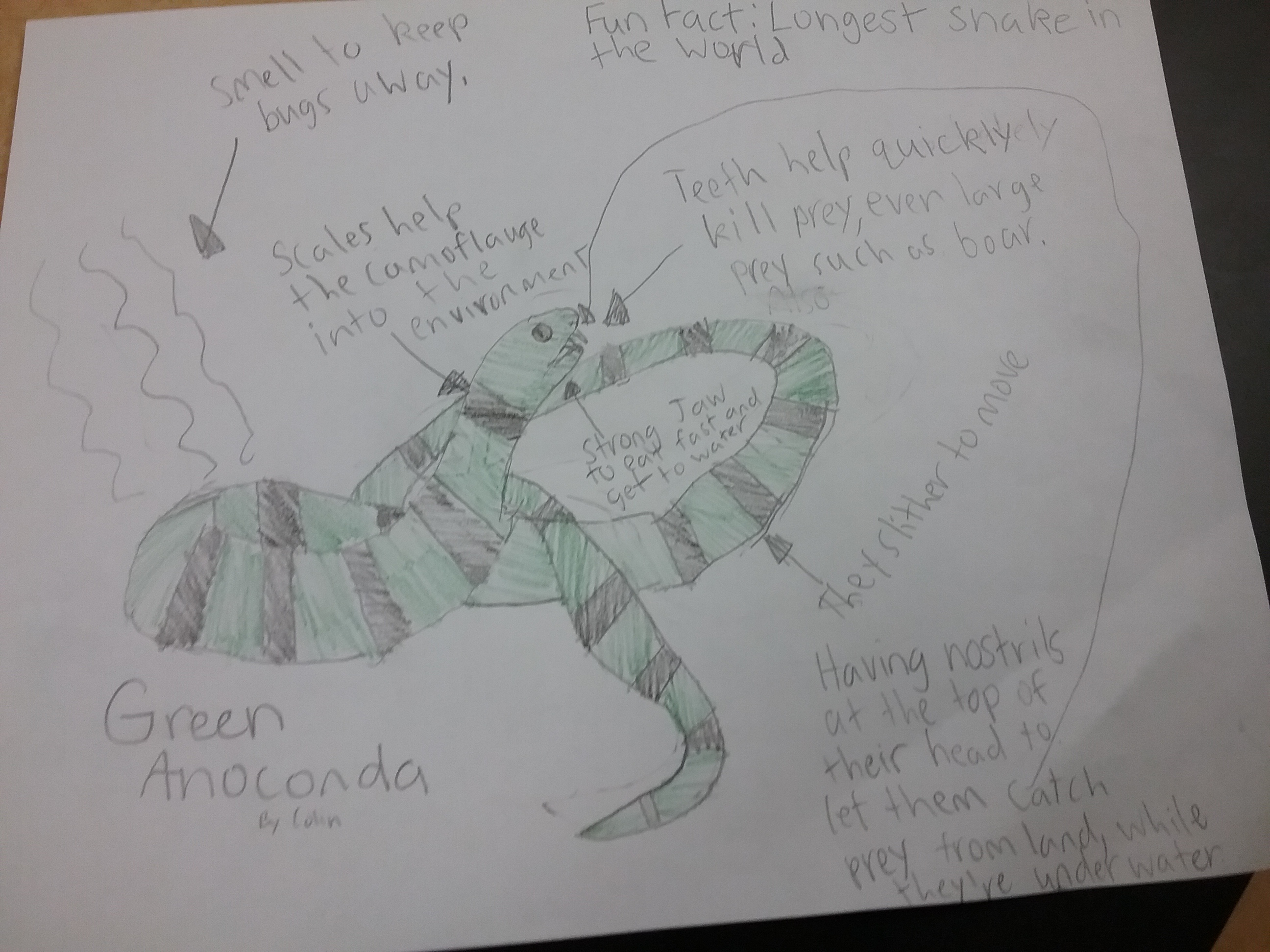 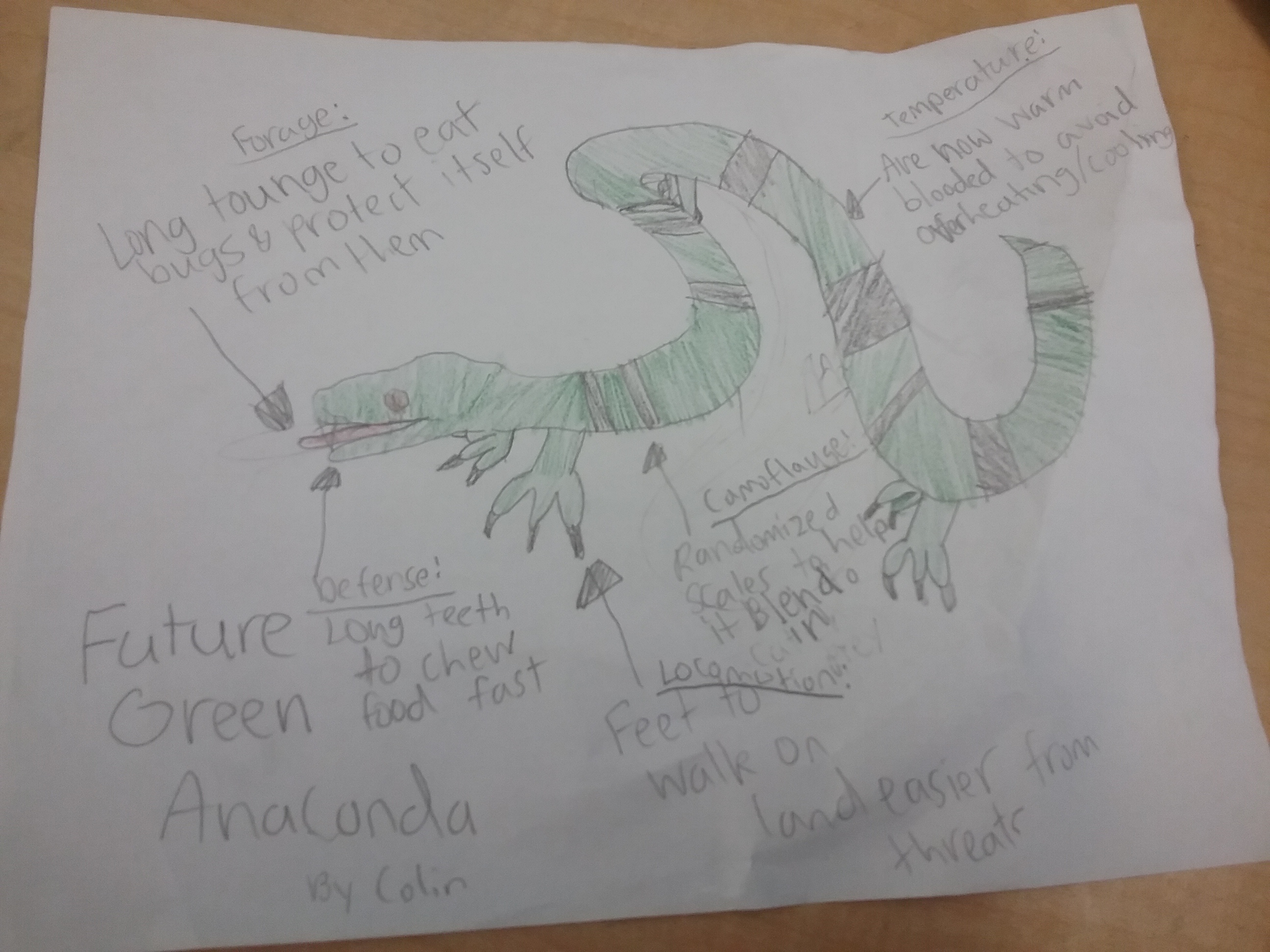 < >
When people go to the rainforest, and cut large amounts of it down, it is called deforestation. Unfortunately, there is carbon dioxide released into the atmosphere when this happens. This causes the rainforests to get warmer, and to make severe droughts. The green anaconda, which prefers to be in water, will have to be able to live on land. It will also have to build some kind of shelter, so it will burrow slightly into the ground, which would still be moist, and they can catch animals while peeping out of the ground.

The problem with them being underground is that there are ants ants and spiders which live underground in the rainforest, and they can become infested with these creatures if they are not careful. One way is if they can eat the bugs instead, which by then there might be a gene flow between something like a frog and a snake, and the new genes would be passed on. This would defend them against the bugs.

Snakes are carnivorous, so they only eat meat. Along with the bugs, they could keep on eating small, unsuspecting rodents which are passing by. Since there would be droughts, and some plants die out, so would the herbivores, meaning that the snakes would have to eat omnivores and carnivores, such as piranhas.

Since they now live on land, these new snakes may develop legs. These would help them get around, and they could go a lot faster. This would help them catch prey. It would be a lot smoother and more comfortable than slithering, anyways.