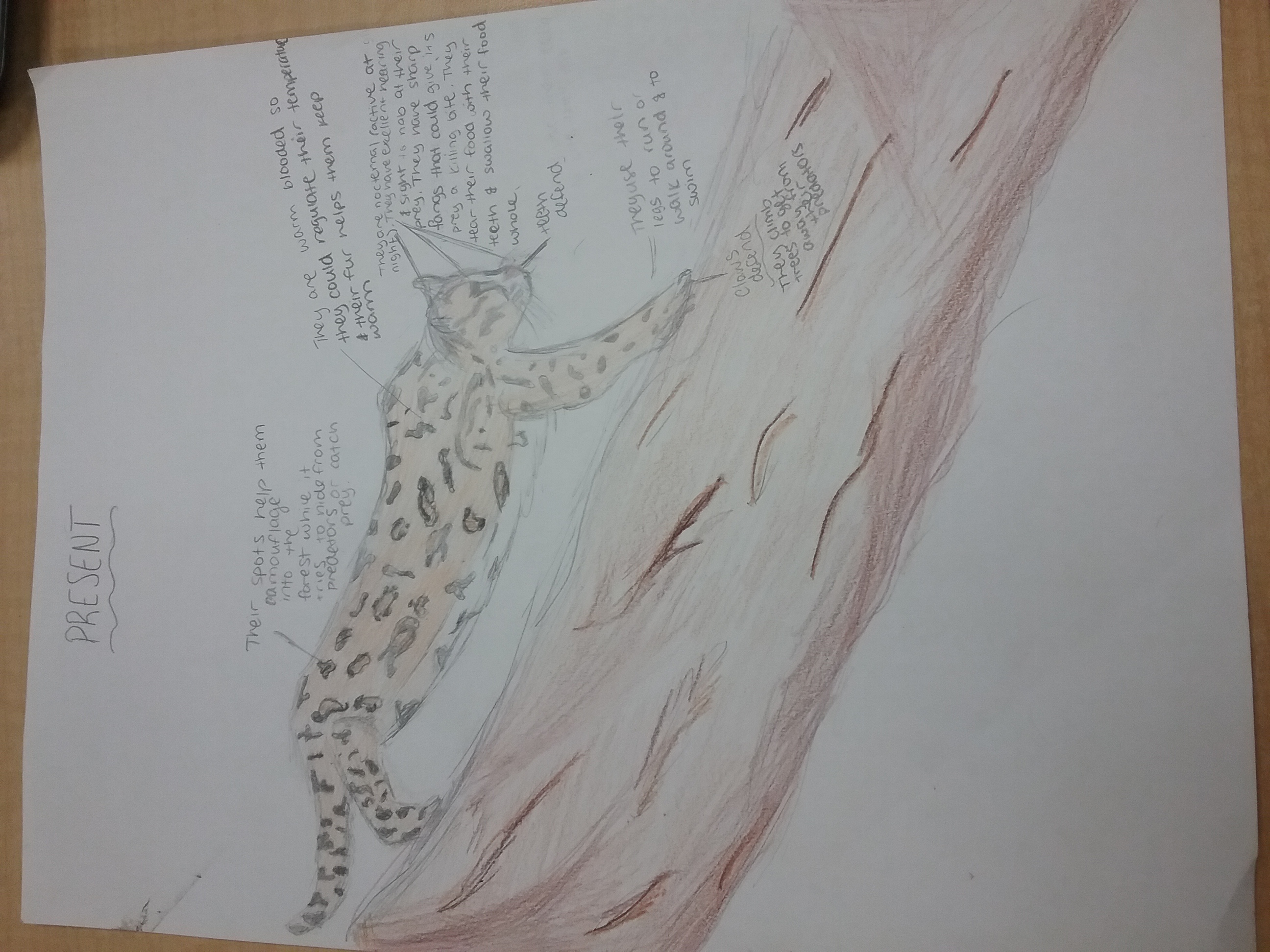 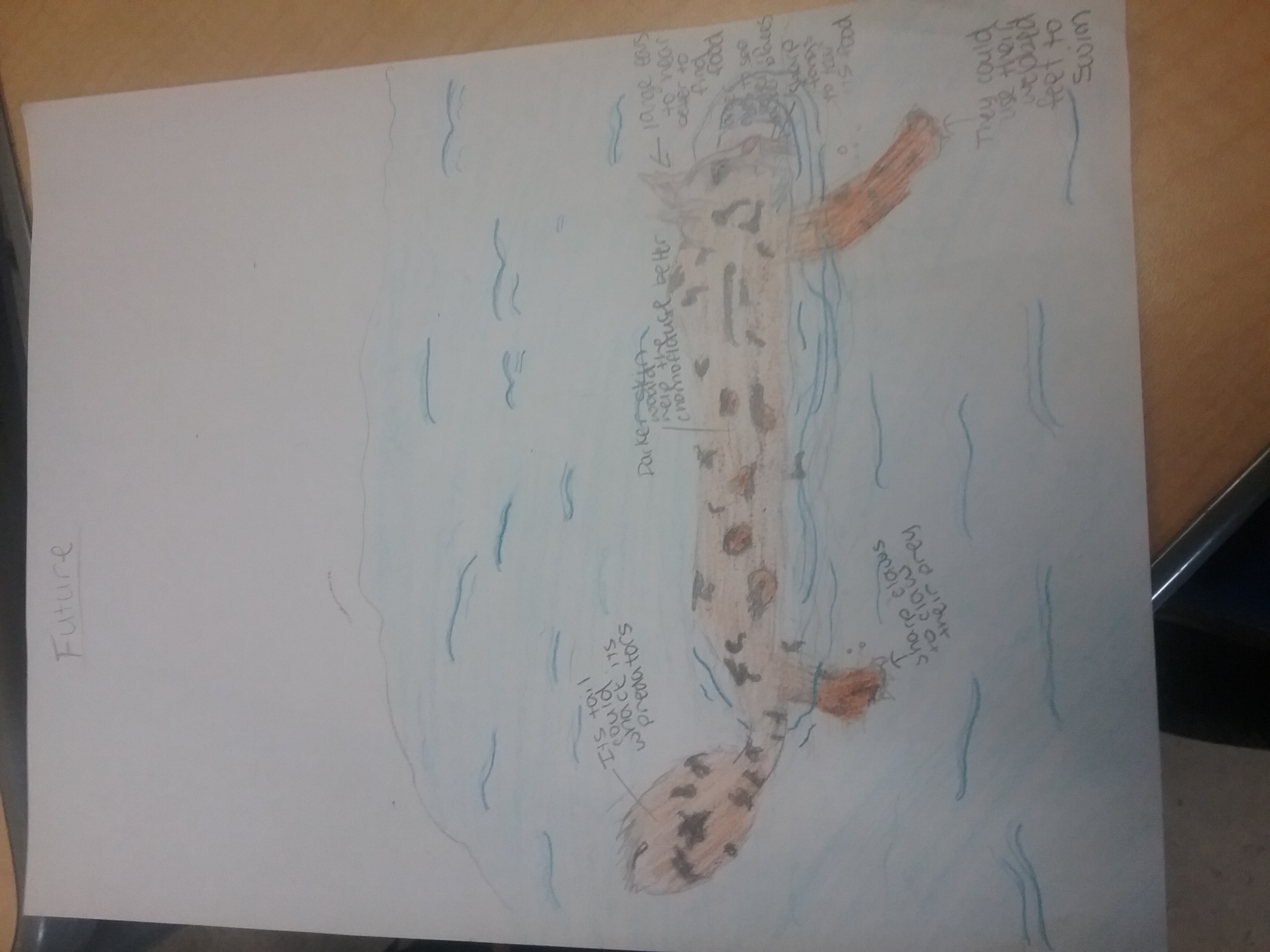 < >
Another habitat they could adapt into is a cave, since caves are crazy dark, I think they should have bigger pupils to allow them to see better in darker places. I think they would seek caves because due to humans cutting down trees, and lack of rain, the rain forests possibly might not even be there anymore, so ocelots would need to find another habitat. I think when they move to caves, they should try to find a place with tall grass, and a lot of dirt, and some trees to camouflage itself into its environment.

As for the tail of the ocelot, I think ocelots should have bigger tails that fan out with hard tissue under the fur. The tail could be a defence mechanism because when a predator tries to harm the ocelot, it could use its tail to whack the predator away. I think ocelots should have the ability to change from webbed feet, to sharp claws, and to normal walking paws. So they could, swim, walk/run, and defend itself anytime it wants.

When people keep cut trees, food for the ocelots would become scarcer due to all its prey migrating out if the forest. They would need larger ears to hear everything that happens so, it could find its food easily. When the find their food, they could use their sharp claws to scratch its prey to make it weak, then kill it with its sharp teeth.

Ocelots are excellent swimmers, so I think they should have webbed feet to be able to swim even better than before. Its tail could help it swim, because it could flap back and forth. With its sharp c