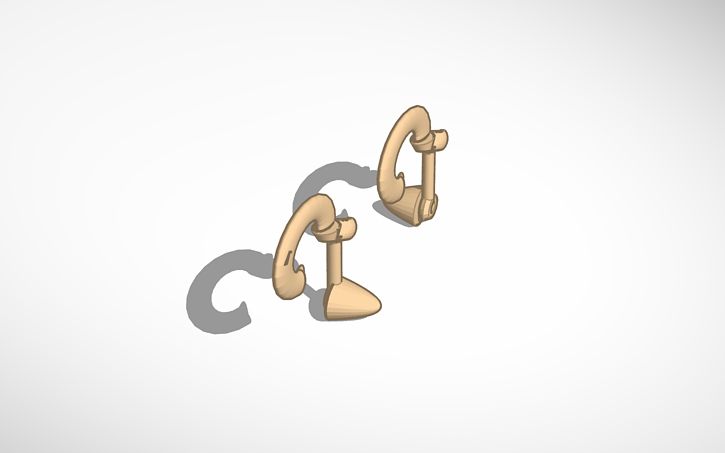 These are called The State of the Art Sound Blockers. With a replaceable plug, this device will be able to prevent hearing loss, one of the many risks that an astronaut faces in space. In space astronauts are exposed to higher frequencies, which causes hearing loss. Those who returned from the Salyut 7 spacecraft found they were registered with temporary hearing loss. This device blocks more sound than simple earplugs. This device is made of metal, which reflects sound the most. The small rounded part that goes into the ear is coated in foam to cushion the ear canal. To prevent these from falling out they have a round hook at the top to go around and behind the helix. It isn’t thick either because it has to flexible to fit into the ears. These sound blockers are approximately 2.5 inches long, about the size of an adult ear. Instead of having the plug get laden with earwax, the plug can be replaced or reprinted. Then it can be attached back onto the device to be reused.