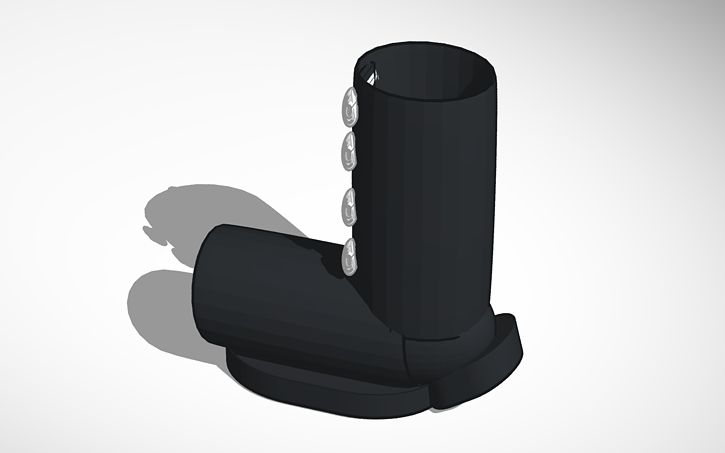 The Design is called a foot cast. It will help the astronauts if they ever injured their foot. The cast will be able to fit under the space suit and heal while they work. It has four clamps to keep it together, and to make it easy to take off. It can be printed out of synthetic plastic also known as fiberglass. It is hopefully going to be the future of 3D printed medical casts. The cast surpasses others with its thin - but supportive design and the clamps that make it easy to take off and put it on. It will keep the astronauts foot comfortable. Unlike other casts , as everyone knows you get an annoying itch and instead of having that annoying itch you can take it off easily and put it on again. Also i've added a tread on the bottom to make it easier to walk. This cast doesn't have any holes other than the foot opening so it is waterproof. If somehow water gets to the cast, it won't be a problem. I hope this will aid NASA in its space expedition to Mars.