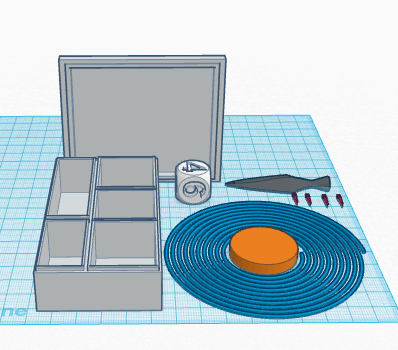 The space kit is very useful as it can patch most holes. Instead of having to pack lots of cloth for the ship and mars you could patch all holes that occur in you and the space ship saving on space for more items like antibiotics and food. This would also help for deep cuts and emergency operations. This kit would include a small medical tray to hold tools during surgeries. Also for surgeries their would a small knife. Some of the items would be for mental health such as the magnetic dice. This set of dice could be used in a multitude of games like 10,000 and yahtzee. The string would be composed of a soft pliable material and rest of the objects would be printed in a metal alloy such as aluminum.