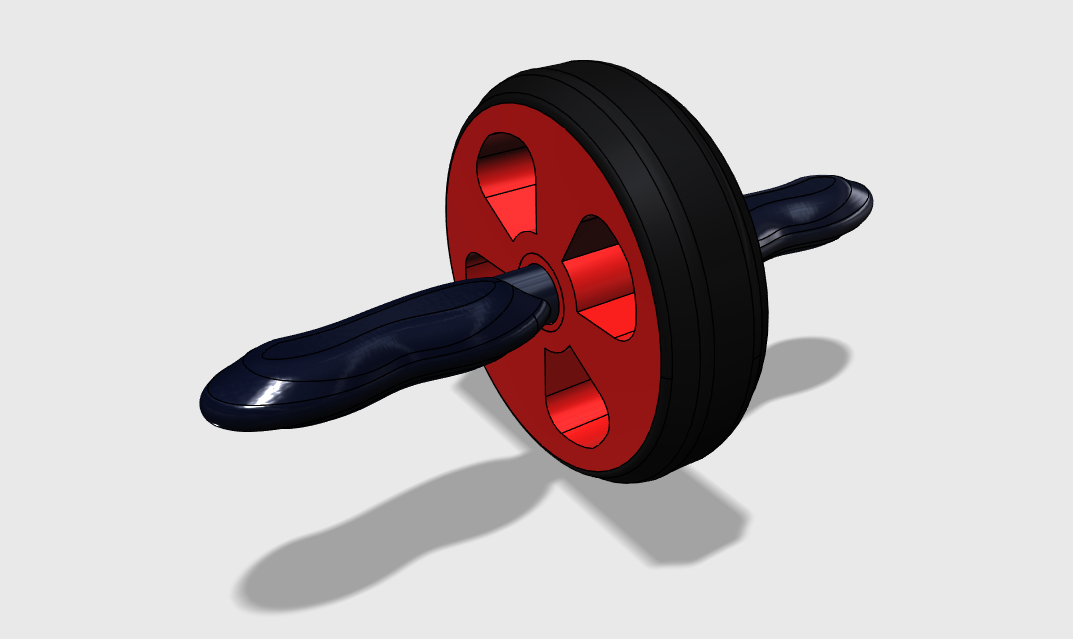 The stl file contains three parts: the wheel, a handle, and a handle merged with the axle. The handle with the axle would be placed through the wheel and the handle on its own would be fit onto the other end of the axle. This is to allow the wheel to spin and make it simpler to print. This model can be used for two different things. It can act as a muscle roller which is usually used on the legs after exercise. This is to prevent strain and injury from overstretching tight muscles, which would prevent exercise for a long time and may require surgery. It can also be used for leg and arm exercise. In an area with gravity this model would be used mainly for abs, however in space it would be used differently and affect different muscles. The user would either hold it in both hands and push it against the ceiling to hold their feet on the floor and then would walk around or they would stand on it and put their arms to the ceiling and use their arms as the primary source of movement.