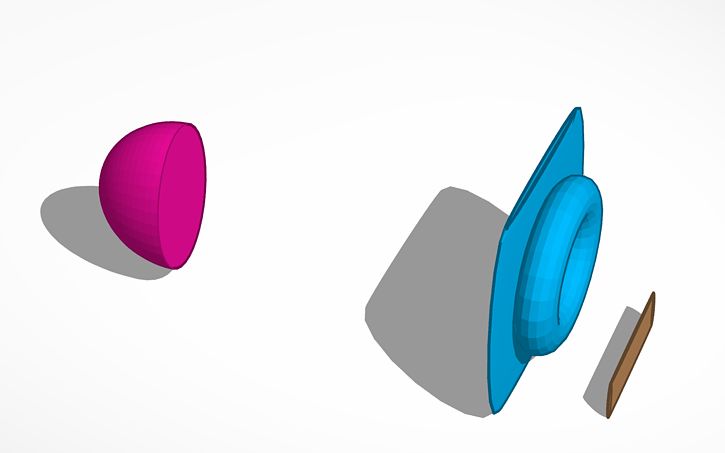 This medical device is used to fill bleeding puncture wounds. In space there are lots of things orbiting around such as satellites and it can become dangerous if you are not paying attention while out of the ship. If something hits you, it will mostly make a gash and you will start bleeding uncontrollably. When that happens, you would take the front part of the device and stick it deep inside the wound then push down the handle to release absorbent styrofoam to stop bleeding. It should be made of all plastic because it can be recycled and made to print another one. Once this device is used once, you can not use it again. Because of the bacteria that would be on it from the previous wound can infect it. Since you are in space, there are no hospitals so if you had gotten your wound infected, it could be very dangerous. But with my device you can reuse and build again. There should be something in between connecting the top and bottom.