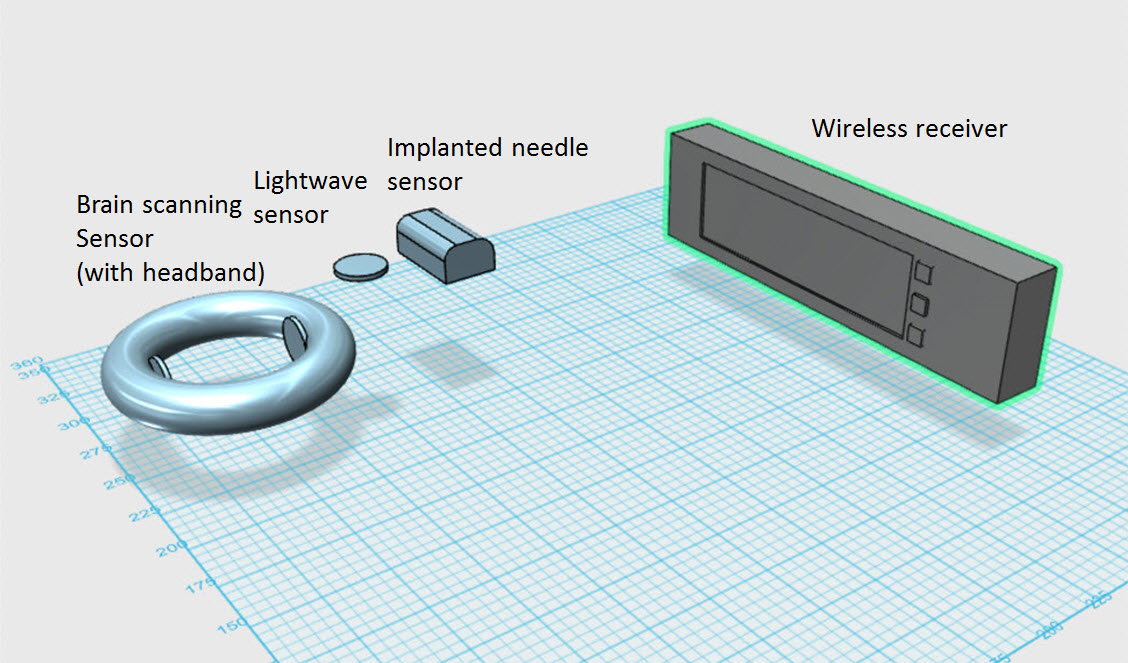 When it comes to the health of astronauts, constant monitoring is critical. That is what my invention, “BioBots,” does.
BioBots are a collection of small external sensors made to read and transmit specific biological data. They would read:
Radiation
Blood Content
Hydration
Bone density/marrow
Health of major muscles/organs
Brain waves/hormones
To measure this data, the BioBot sensors implement multiple methods of reading biological data used today, such as:
Small needles, used by Dexcom
Light waves, used by Nobo
Microfibers in clothing, used by NTT Data
The sensors, often (but not always) attached to the astronauts’ skin using existing adhesives (I use some of them myself), transmit data to a receiver wirelessly.
The receiver logs the data, and sends it back to earth for evaluation, or displays it to the astronaut. It may also act, in some cases, on the data itself, in the same way as a LOOP glucose controller acts upon an insulin pump.