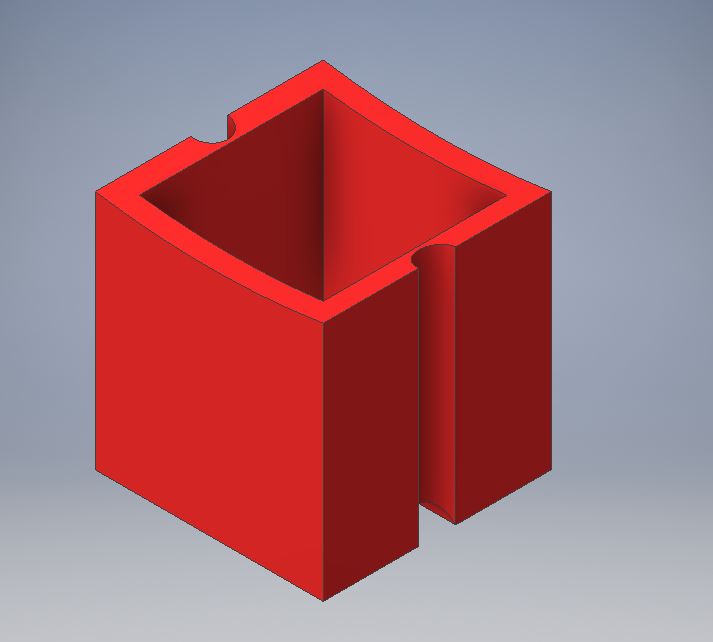 My device is the Blood Cell and it is created to help astronauts in space who cut themselves. Instead of the blood going around the spaceship with my device the blood will be contained while the astronaut tries to get a bandage. This device has a rivet in the back to allow for a piece of string or a belt to be placed inside it then tied around the astronaut. The Blood Cell will hold the device to the human body while the astronaut finds a bandage. My device will aid in medical needs by allowing the astronauts to capture their blood inside the container instead of floating around the cabin. This device will not only help the astronaut who was cut but also the others in the spaceship. I created the Blood Cell after I saw how surgery in space works. I wanted to create a device that could help astronauts every day. My part will be printed in a flexible plastic such as ninja-flex, that will allow the device to adhere to the human body.