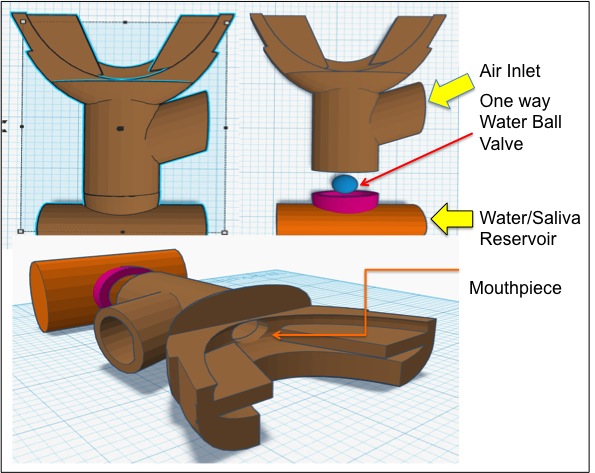 Less than four years ago, astronaut Luca Parmitano experienced catastrophe while performing a spacewalk, Parmitano’s spacesuit began to fill with water, nearly causing him to drown in space. Several years later, a similar issue occurred during the spacewalk of astronaut Tim Kopra when a droplet of water formed in his helmet. The Space Snorkel that I have proposed would be inserted into an astronaut’s mouth, filtering out excess water while allowing the astronaut to breathe with relative ease. The water would be collected through into a reservoir, which can be easily disposed of. With this new innovation, astronauts would no longer have to contend with the threat of suffocation during mission requiring the use of a spacesuit- at least until the issue at large is able to be resolved.