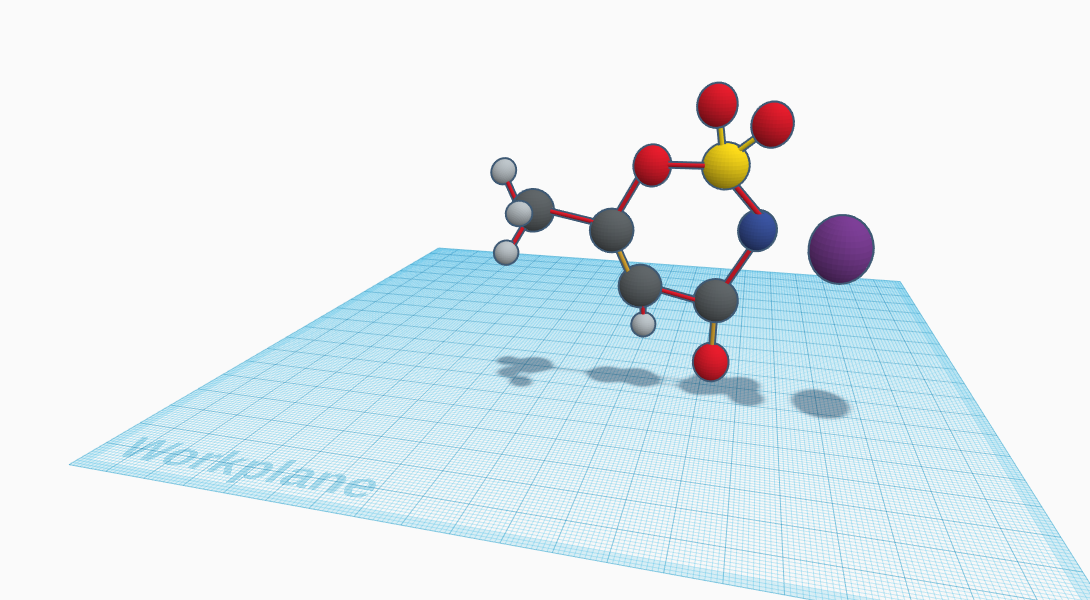 Acesulfame Potassium is a white, crystalline powder with a density of 1.81 g/cm3. It is a calorie-free sugar substitute utilized in everyday life with things such as an artificial sweetener in iced tea, components in candles, baked goods, etcetera. It is also mixed with other sugars in numerous different food items. It is primarily marked under trade names Sunett, and Sweet one. It’s melting point is at 123.5℃, and the freezing point is 225℃. At a temperature of 250℃ it begins to decompose. The molecular composition, also known as the formula, is C4H4KNO4S. The formula includes the elements Carbon, Hydrogen, Potassium, Nitrogen, Oxygen, and Sulfur. In total, it has fifteen atoms. The 3D molecule for Acesulfame Potassium is fairly large, and an uneven hexagon is formed towards the middle. Coming out of most of the atoms that form the jagged hexagon are bonds that lead to even more atoms. Another implement in the molecule is the different bonds and their colors. The colors of these include light yellow, dark yellow, and red. One of the atoms in the model isn’t connected a bond, but it is still apart of the molecule. By just simply looking at the model of Acesulfame Potassium you can clearly see the fifteen different atoms, and also the different elements in it since they are different colors in the 3D representation. Three of the four hydrogen atoms are connected to one of the carbon atoms, while the last one is connected to a different carbon atom at the bottom of the model.