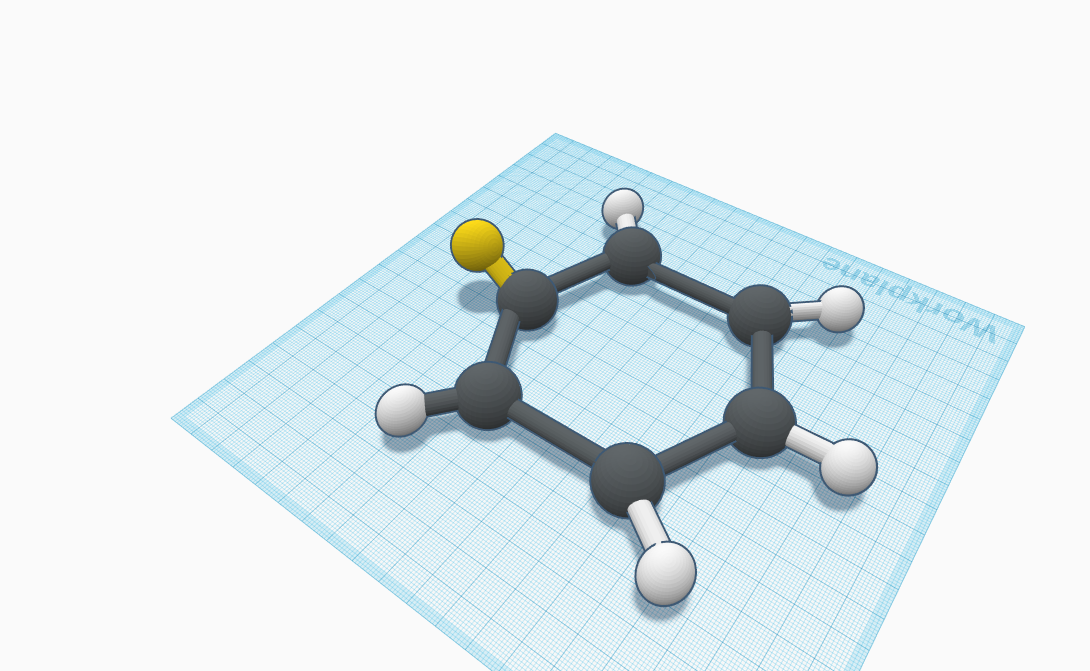 Fluorobenzene is a compound of fluorine, hence the name. It is a colorless liquid. It consists of six carbon atoms, five hydrogen atoms, and one fluorine atom. My atom has its fluorine atom on a higher plane. The carbon atoms go around in a ring and connect. Then, white hydrogen atoms are connected to the carbon atoms on a “dead end”. It is not soluble in water. It is hazardous, commonly found in pesticides and insecticides. It is a flammable liquid. Certain contact with Fluorobenzene can cause one’s kidneys to shut down and/or lung dysfunction. One is required to wear protective gear and clothing when around the substance. It must be stored in a tight, cool place for safety reasons. It will react if otherwise. It is a carcinogen, a cancerous substance. The longer one is exposed to it, the more one can be affected negatively from exposure. It can create plastics and resin. Resin is a flammable, sticky liquid that can be exerted from trees and other plants. It has a melting point of -44 degrees Celsius and a boiling point of 85 degrees Celsius. The chemical formula is C6H5S. It can sometimes be abbreviated as PhF. It does have many chemical names. A common name is 426-06-6. When Fluorobenzene is being poured, it requires vacuum bags, tubes, and other components to the container to make sure no one is accidentally exposed. They also use fire arresters near it. In whole, fluorobenzene is a flammable, cancerous liquid. Imagine so many of my molecule being in a can of pesticides.