Dopamine: Key to Joy and More 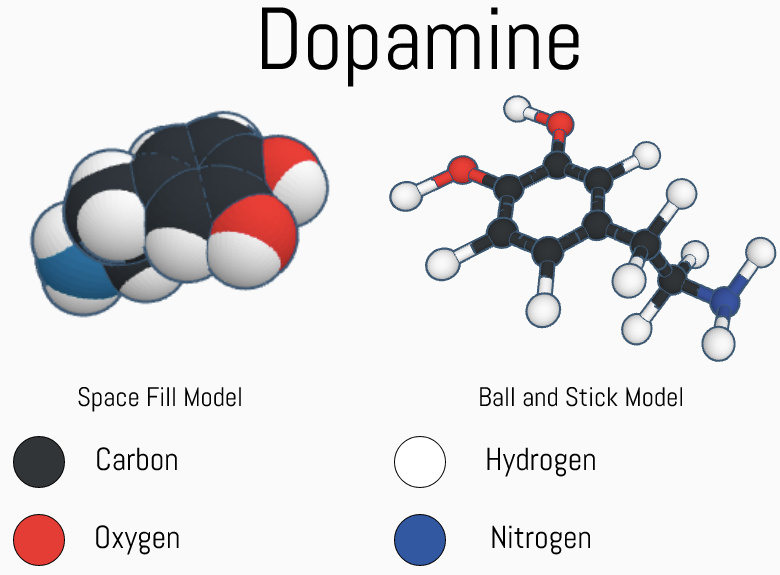 Dopamine, C8H11NO2, is an essential molecule for our body. First synthesized in 1910, its function as a neurotransmitter was discovered in 1958. Finally, in 2000, the Nobel Prize in Physiology or Medicine was awarded to Mr. Carlsson for proving dopamine as a unique neurotransmitter. Inside the body, dopamine is mainly produced in the Substantia Nigra & the adjacent Ventral Tegmental Area in the brain stem. From there, it is released by the hypothalamus. This neurotransmitter is commonly known as the happiness hormone, as it brings happiness by inducing pleasure. However, that is not the sole purpose of dopamine. This vital molecule also plays a role in fine motor control, motivation, cognition, memory, learning, eating habits, and addiction. Diseases, like Parkinson’s disease, are caused by the death of dopamine-producing neurons, leading to rigidity of the body, lack of affect, & autonomic dysregulation. Hence, dopamine is needed to treat it. Being too large, it can’t cross the blood-brain barrier. To influence the brain, levodopa, the precursor to dopamine, is used. Besides the brain, there are receptors for dopamine in the cardio-pulmonary system and kidneys. Here, it enhances cardiac motility and rate, thus raising blood pressure and causing vasodilation, leading to benefits in pulmonary and renal blood flow. Hence, it is a vital drug in treating septic shock. We made both a ball and stick model and a space-filling model to illustrate this sine qua non molecule.