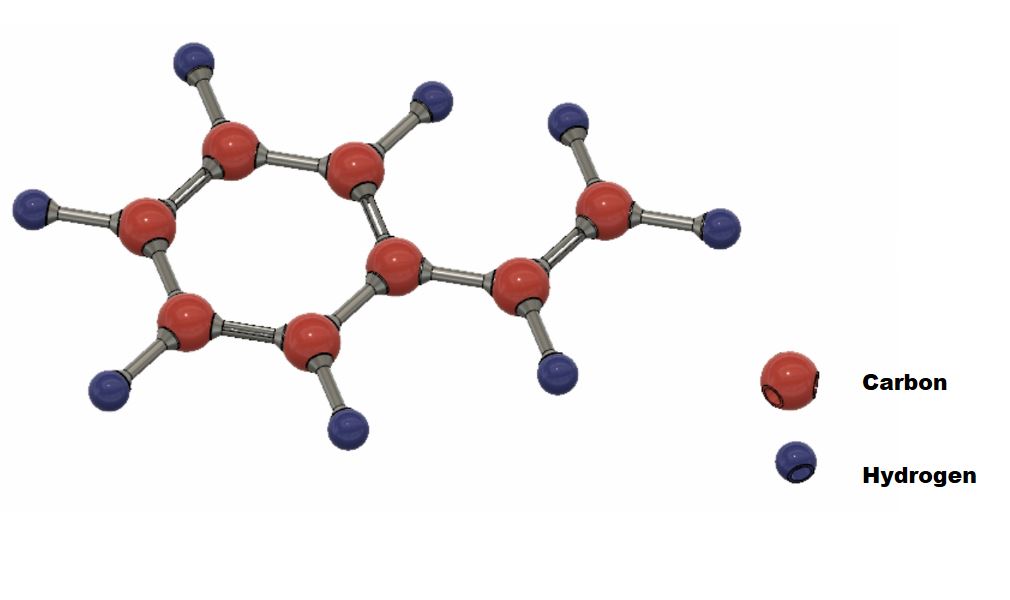 Styrene, C8H8, is commonly polymerized to form synthetic polystyrene foam. Polystyrene is a chain hydrocarbon with alternating carbon centers bonded to phenyl rings (chemically aromatic, depicted with alternating double bonds). Polystyrene is one of the most abundant plastics in production, accounting for over 14 million tons of material annually, and is routinely used in disposable food packaging, containers, and molds. It is well suited for these applications due to its weak intermolecular forces that allow the material to be easily formed above its glass transition temperature (100°C) and its phenyl rings that account for its rigidity. However, the shortcomings of this seemingly perfect material greatly outweigh its benefits. The International Agency for Research on Cancer named styrene a possible human carcinogen. With this risk, more action should be taken to prevent long term consequences. In addition to its potential health effects, polystyrene has had a profound impact on the environment. Polystyrene is resistant to photolysis, the process of photons breaking down material, meaning that it will last forever in the environment. Only 12% of the material is recycled, and millions of tons of polystyrene are taken to landfills or discarded into the environment. It is my hope that this submission will heighten awareness to the dangers of polystyrene, encourage society to eliminate its use, and promote the long term health of Earth and its inhabitants.