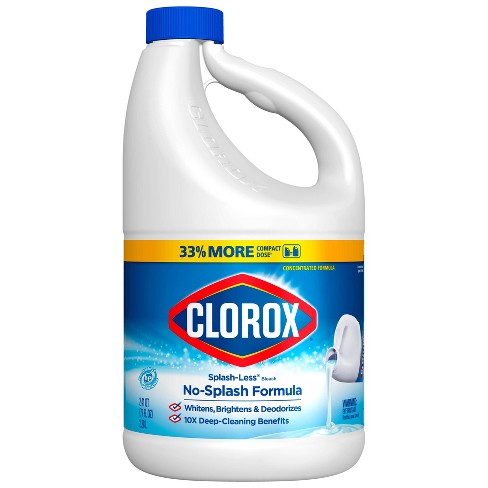 Bleach works by releasing oxygen molecules in a process called oxidation. The oxygen molecules released by bleach break up the chemical bonds of chromophores. The changed chromophore molecules either reflect no color or a color outside the visible spectrum. Household bleach is actually a mixture of chemicals, Its main constituent is a solution of ~3-6% sodium hypochlorite (NaOCl), which is mixed with small amounts of sodium hydroxide, hydrogen peroxide, and calcium hypochlorite. Bleach is a very useful chemical both around the house and for large-scale use. You can use bleach to remove stains on clothing or to whiten your laundry. It's used to disinfect surfaces, too, especially in the kitchen and bathroom. You may have tried bleach to remove mold and mildew.