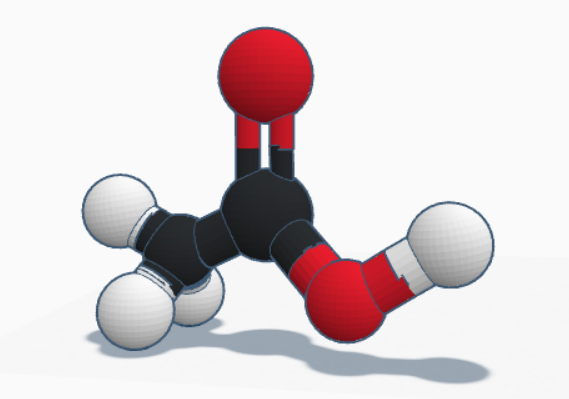 Acetic acid, or ethanoic acid, is a carboxylic acid. Its formula is CH3COOH, or sometimes C2H4O2, and is made up of two carbon molecules, four hydrogen molecules, and two oxygen molecules. It appears as a clear, colorless liquid, and has a strong vinegar smell. It is flammable and corrosive and has a molecular weight of 60.05 g/mol. It is used for several purposes including being the main ingredient in vinegar after water. It is also frequently used in descaling agents and is used to treat infections in the ear canal. Some of its Organoleptic Properties include sour, pungent, sharp, smoke, woody, bacon, and vinegar.