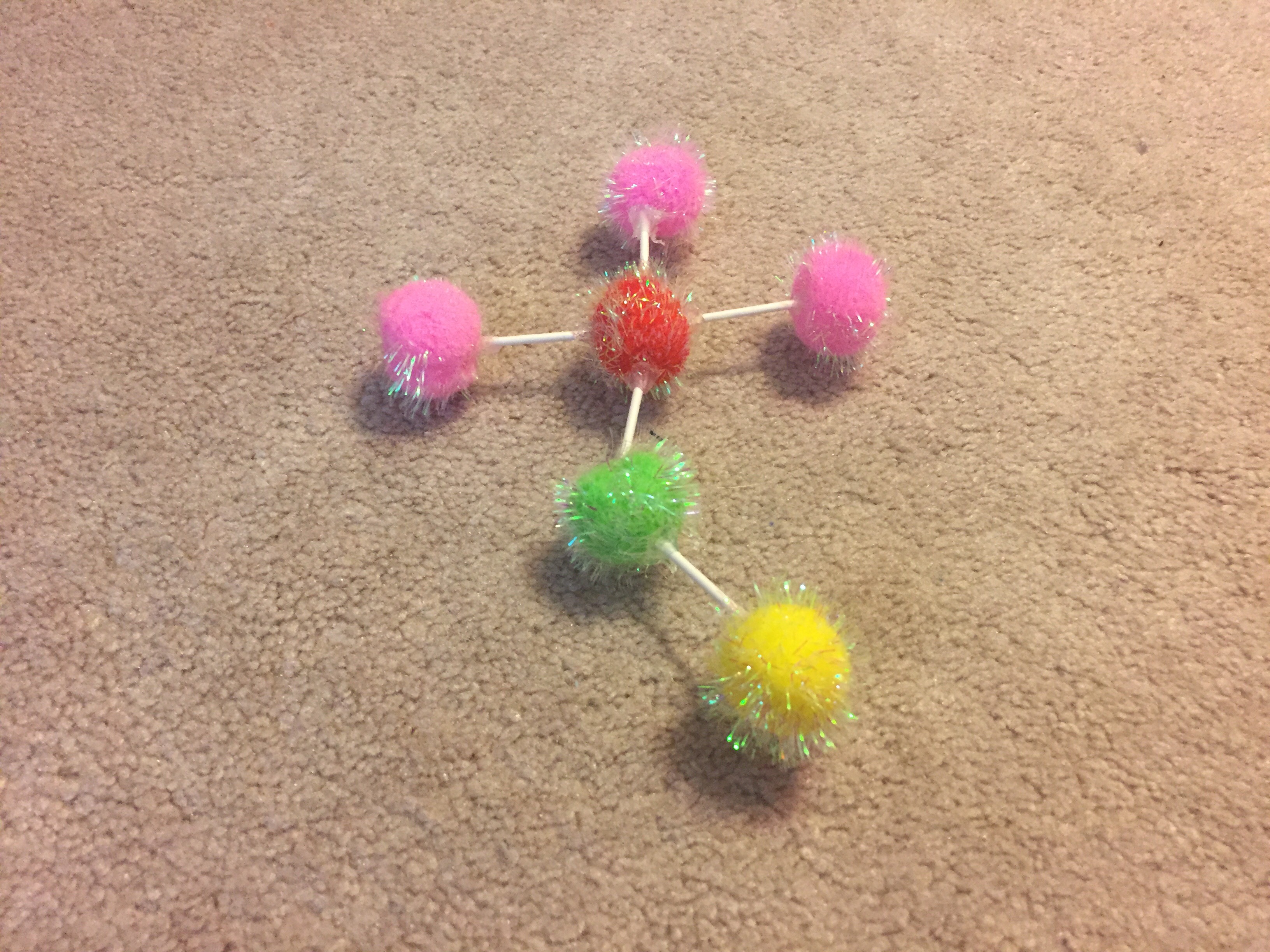 NaHCO3 also known as Sodium Bicarbonate, A.K.A. baking powder is made up of one sodium atom, (red pom-pom) one hydrogen atom, (yellow pom-pom) one carbon atom, (green pom-pom), and three oxygen atoms. Its crystalline structure is monoclinic. If you want a cupcake, cookie, muffin, pancake, or even nachos then you need sodium bicarbonate! Sodium bicarbonate acts as a raising agent. Therefore, creating the light, and fluffy texture you know today. Without it, all bread-like foods would be hard because it didn’t rise! Also, when you stink, and you put on deodorant, you use sodium bicarbonate! In conclusion, without NaHCO3 the world would be stinky, hard, and all around different.