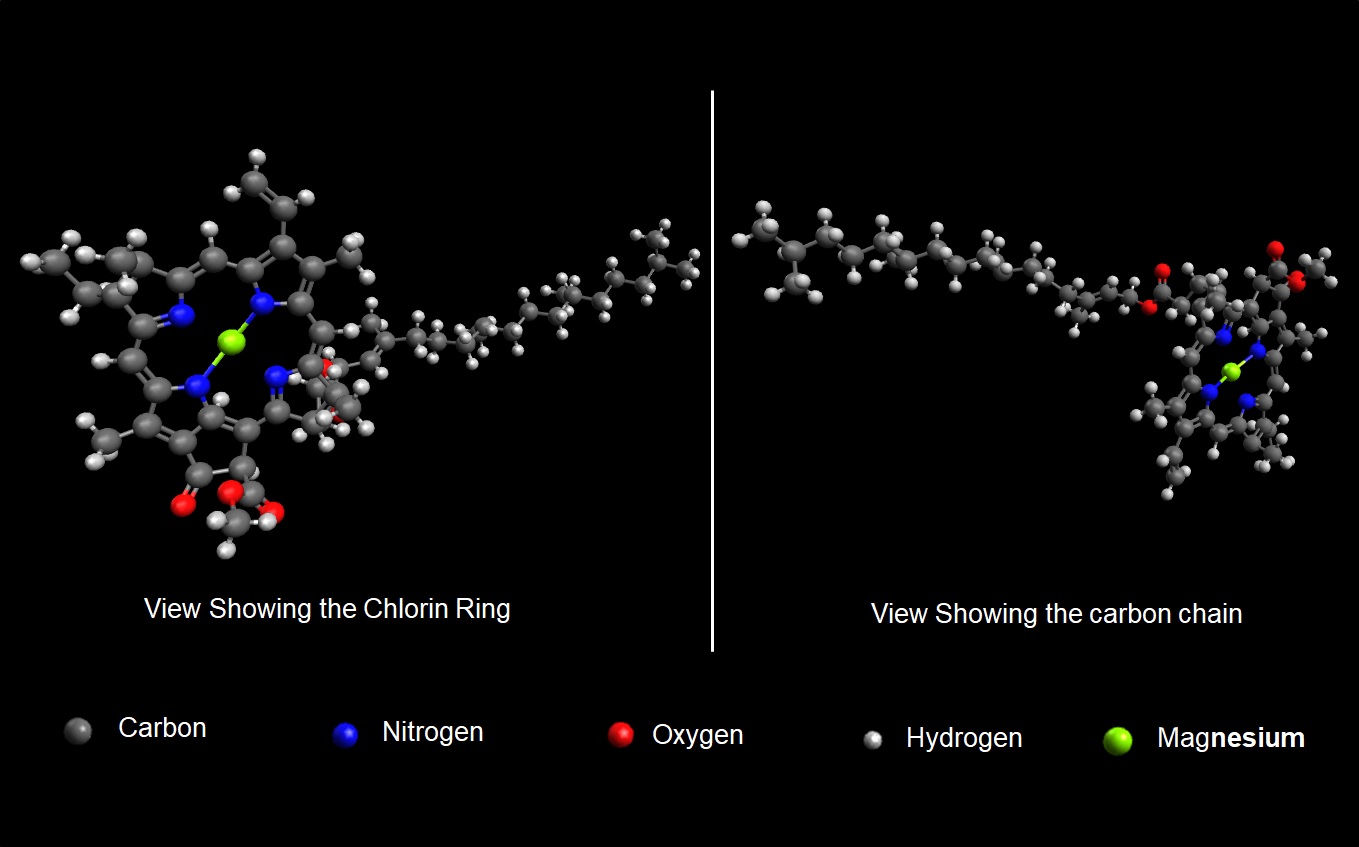 Chlorophyll helps to sustain life on earth through photosynthesis. I have illustrated the molecule, ‘Chlorophyll a’, the most universal form of chlorophyll found in almost all photosynthetic organisms. The chemical formula for Chlorophyll-a is C55H72O5N4Mg, meaning it has 55 carbon, 72 hydrogen, 5 oxygen, 4 nitrogen, and 1 magnesium atoms, giving it a molar mass of 893.51 g/mol. The molecule has a nearly flat resonating ‘Chlorin’ ring containing carbon and nitrogen with magnesium at the center bound to the nitrogen atoms. The ring absorbs visible light with wavelength <432 nm (blue) and >662nm (red) while reflecting green light, thus giving Chlorophyll-a green coloration. Chlorophyll-a also has a chain containing 23 carbon atoms and an ester linkage. This chain is hydrophobic making Chlorophyll-a insoluble in water but soluble in ether/ethanol. Chlorophyll-a is a solid with density of 1.079 g/cc, has a melting point of 153.3C, but starts decomposing at 150C.