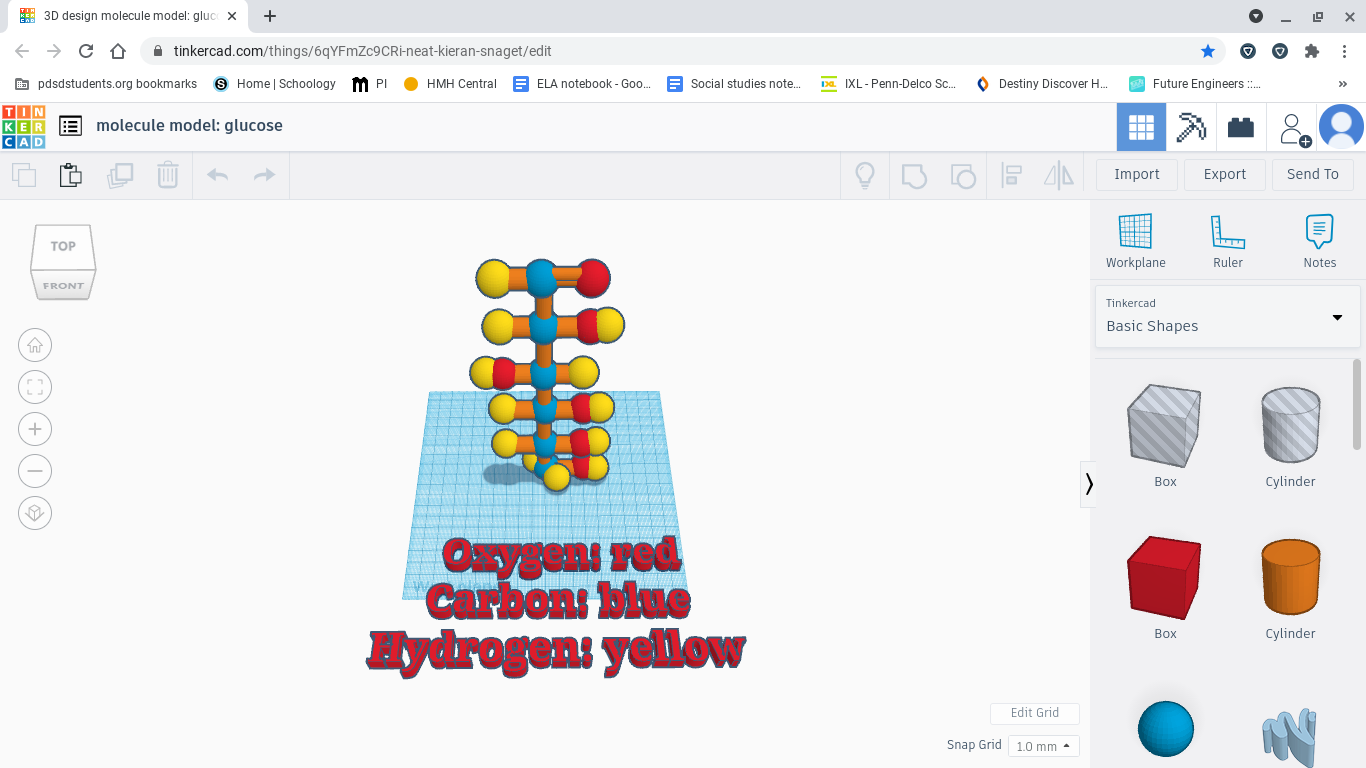 Glucose was discovered in 1747 by Andreas Marggraf. He discovered it by taking it from raisins. It was given the name “glucose” by Jean Dumas in 1838 from the Greek word glykos. Emil Fischer discovered the shape of glucose in 1891. (1) Fischer also developed Fischer Projections, which are used to denote l-glucose and d-glucose. (2) Glucose is in many foods, an example being bread. Since bread is made of carbohydrates it is chock full of glucose because carbohydrates are mainly just sugar. The glucose molecule is made up of twelve Hydrogen atoms, six oxygen atoms, and six carbon atoms. Foods that glucose is not naturally in are, “Avocados, Fish, Garlic, Sour cherries, Vinegar, Vegetables, Chia Seeds, Cacao, Berries, Nuts, Whole grains, Eggs, and Coffee.”(3) Sugar and in turn glucose is raw energy, and energy can be used to do anything we are physically capable of.