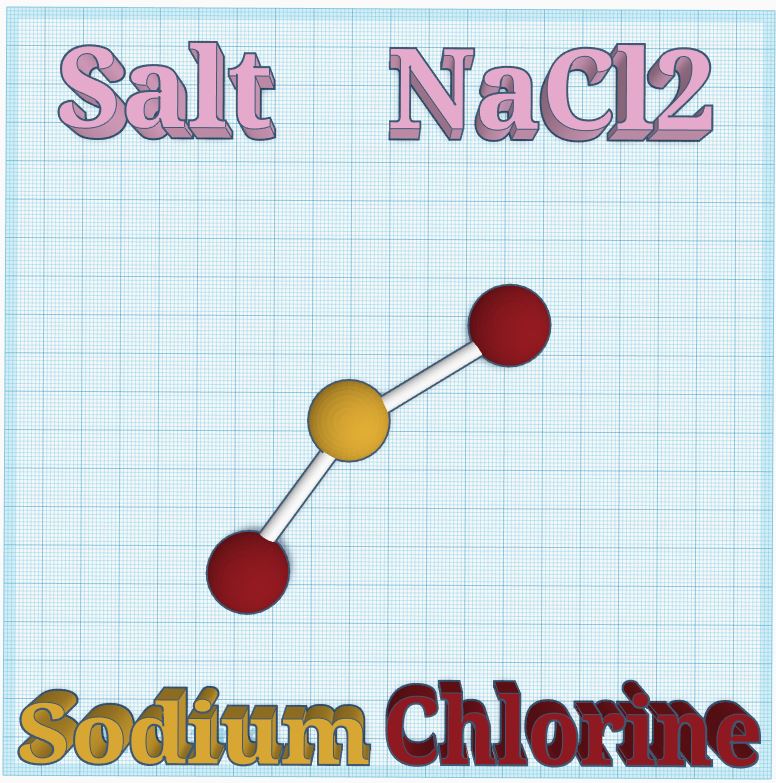 The salt has one Sodium and two Chlorine molecules. We use salt when we are cooking and cleaning. When it is cold, people put salt on the roads to prevent it from freezing and to create grip. It is also used in tanning, dyeing, bleaching, pottery, and soap. Sodium’s (element is Na) atomic mass is 22.99 and the atomic number is eleven. Sodium is a member of the Alkali metal’s group. Sodium reacts quickly with water, snow and ice, to produce sodium hydroxide and hydrogen. Sodium is a soft metal with a low melting point. Chlorine’s (element is Cl) atomic mass is 35.45 and the atomic number is seventeen. Chlorine is a member of the halogen group. Chlorine reacts with most metals and forms metal chlorides. Chlorine is commonly used as an antiseptic and is used to make drinking water safe and to treat swimming pools