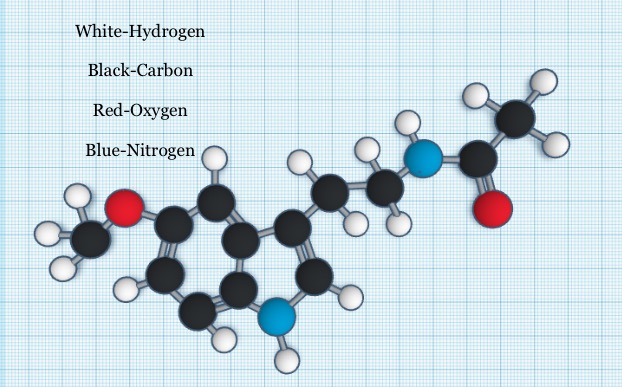 Melatonin, an off-white powder also known as ﻿N-acetyl-5-methoxy tryptamine, has a chemical formula of C13H16N2O2. It has a density of 1.175 g/cm3, a molar mass of 232.28 g/mol, a melting point of 117℃, and a boiling point of 512.8℃. Oddly enough, melatonin tends to be more heavily concentrated in flowers and seeds than human blood. Melatonin produced by the pineal gland acts as an endocrine hormone. Melatonin produced by the retina and gastrointestinal tracts acts as a paracrine hormone. It is made from tryptophan by the enzyme 5-hydroxyindole-O-methyltransferase and has multiple functions, including serving as an antioxidant and helping to regulate the sleep-wake cycle. Some people take it as a supplement to help improve sleep. It may also be useful in people with some neurodevelopmental disorders and conditions. Melatonin is lipid and water soluble, allowing it to easily pass through cell membranes.