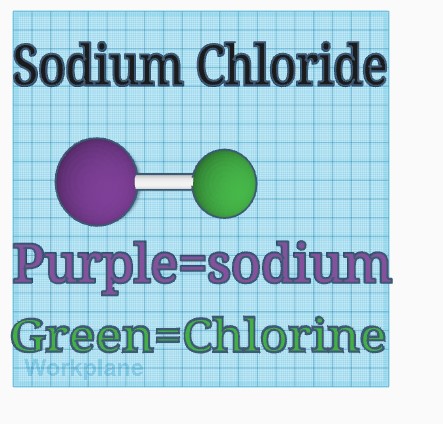 One of the most disputed over molecules of the ancient and modern world is sodium chloride, also known as table salt, which is found in mines or made from dried seawater. When salt is mixed with water its freezing point is −21.12 °C and the boiling point is around 108.7 °C. Natural sea salt has many minerals that are helpful to the human body, however, to much of it can cause cardiovascular problems. It is used in a variety of ways but it is mostly used while making plastics such as PVC. It can also be used in cooking to increase the boiling point of water. Another use for pure salt is to melt snow. It lowers the freezing point of water so the snow turns into solution made of water and salt. A lack of salt in the ancient times lead to wars which proves it's value and importance.