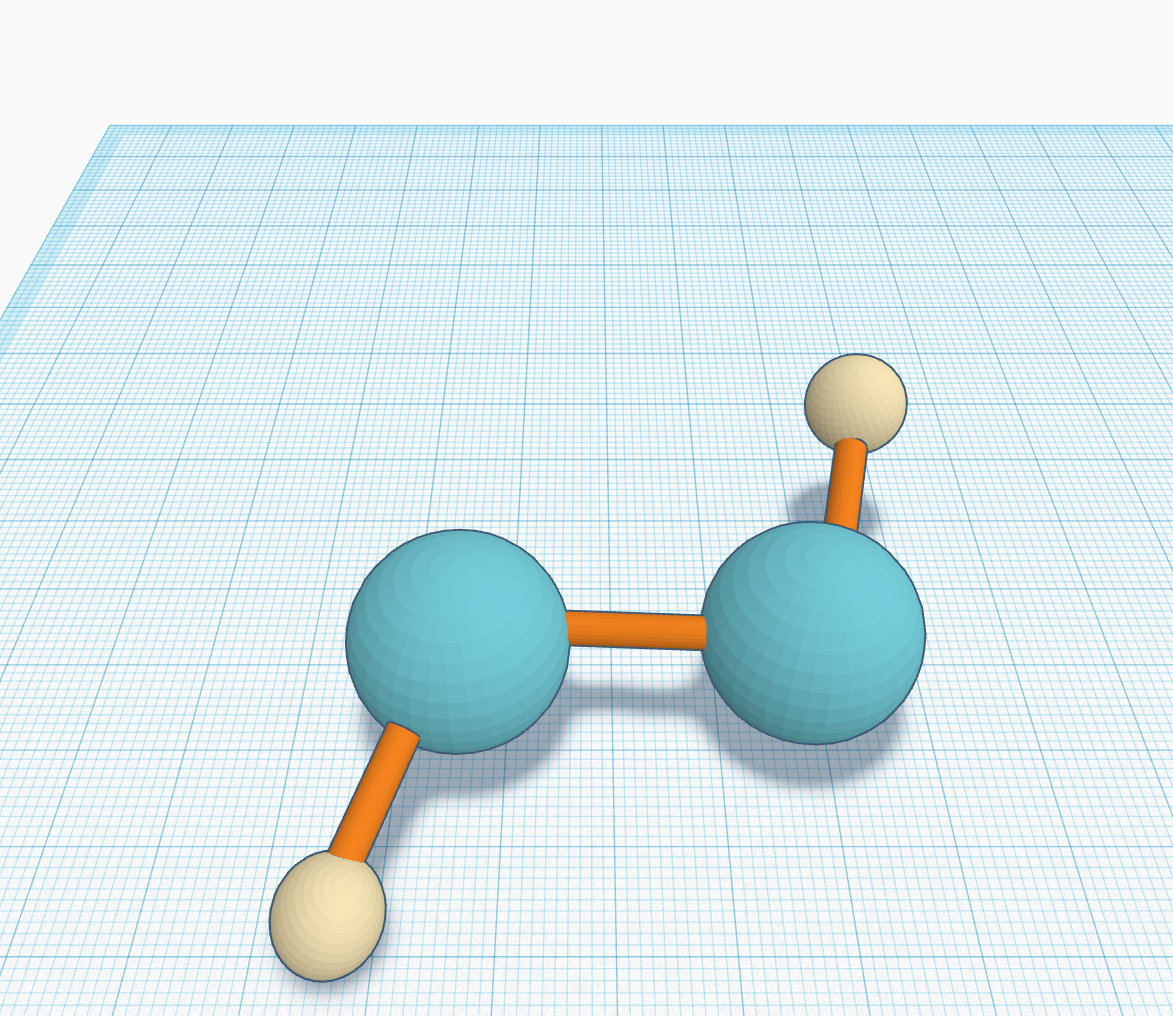 Hydrogen Peroxide (H2O2) stings when it cleans a cut as an anti-septic. It is made of two Oxygen atoms and two Hydrogen atoms. It doesn't just clean cuts, it can clean knives and surgical tools, too. I bet it doesn't sting them. The atoms are stuck together in a twisted shape called a stinging chiral. The two Oxygen atoms are best friends in the middle and the two Hydrogen atoms don't get along and want to be as far apart as they can get on the ends. Hydrogen Peroxide comes as a liquid in a dark brown bottle under the bathroom sink because it will decompose in the light. Right next to the bandages. Hydrogen Peroxide has many good uses besides cleaning cuts. It can bleach hair, glow in a glow stick, and clean blood out of clothes in the laundry. Tell my mom.