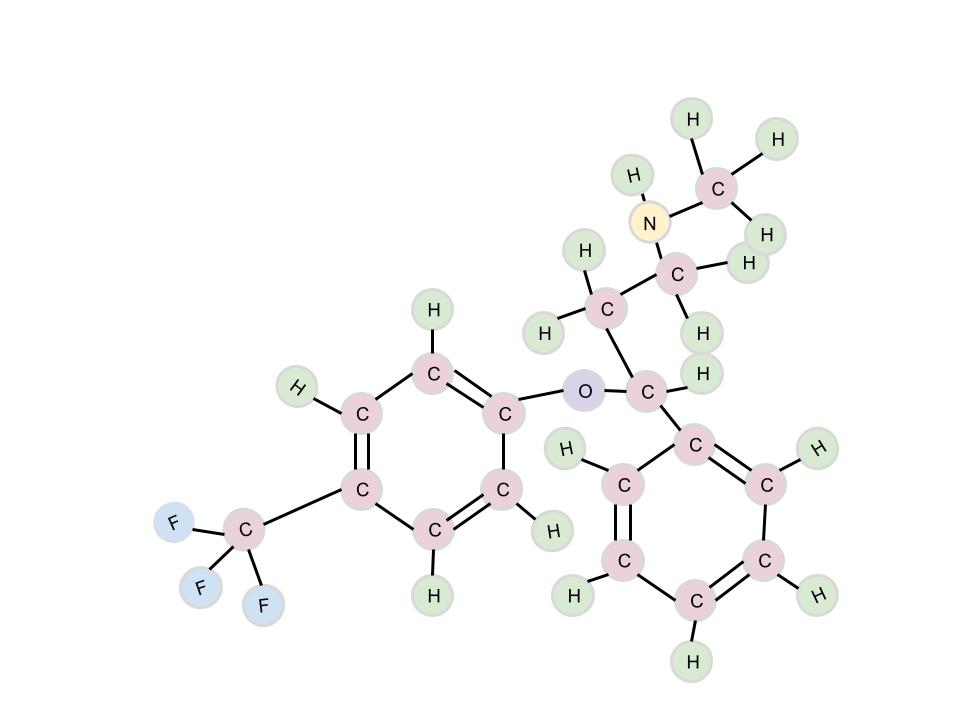 Prozac (Fluoxetine Hydrochloride) is an antidepressant made up of C17H18F3NO, and is in the category of selective serotonin reuptake inhibitors (SSRI), which blocks the reabsorption of serotonin into the brain. In the US alone, 1 in 5 people battle a mental illness; and 48,344 people died from suicide in 2018 alone. This is a big part of the US population, and Prozac has helped millions all around the world. This medication helps by maintaining a good serotonin level, which is usually low in people diagnosed with mental illnesses, especially depression. Serotonin is a neurotransmitter that helps mood regulation, and is inserted into the brain from channels to receptors. Although the channels release serotonin, they can also absorb serotonin. An SSRI blocks the absorption of serotonin, keeping more in the brain. Fluoxetine Hydrochloride is a widely used medication, and people, including myself, benefit from it.