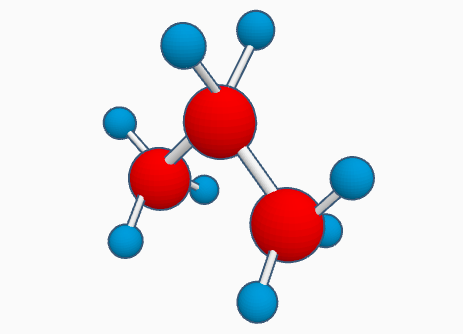 Propane is a molecule most commonly known as a cheap and versatile fuel used for things from cooking to powering large machines. Propane is completely colorless and can be found in both a liquid and gas form depending on where and when it is needed. The molecule is made up of three carbon atoms and eight hydrogen atoms sharing a similar molecular structure to Methane and Ethane. What makes Propane so useful is its highly combustible gas state and relatively safe liquid state. While in a liquid state Propane is not flammable and can be put into containers for easy transportation, on the other hand the gas state being highly combustible acts as a good fuel and heat source which makes it useful for stoves and engines. Propane remains as one of the cheapest and easiest to use fuels making it such an important fuel in our power driven world.