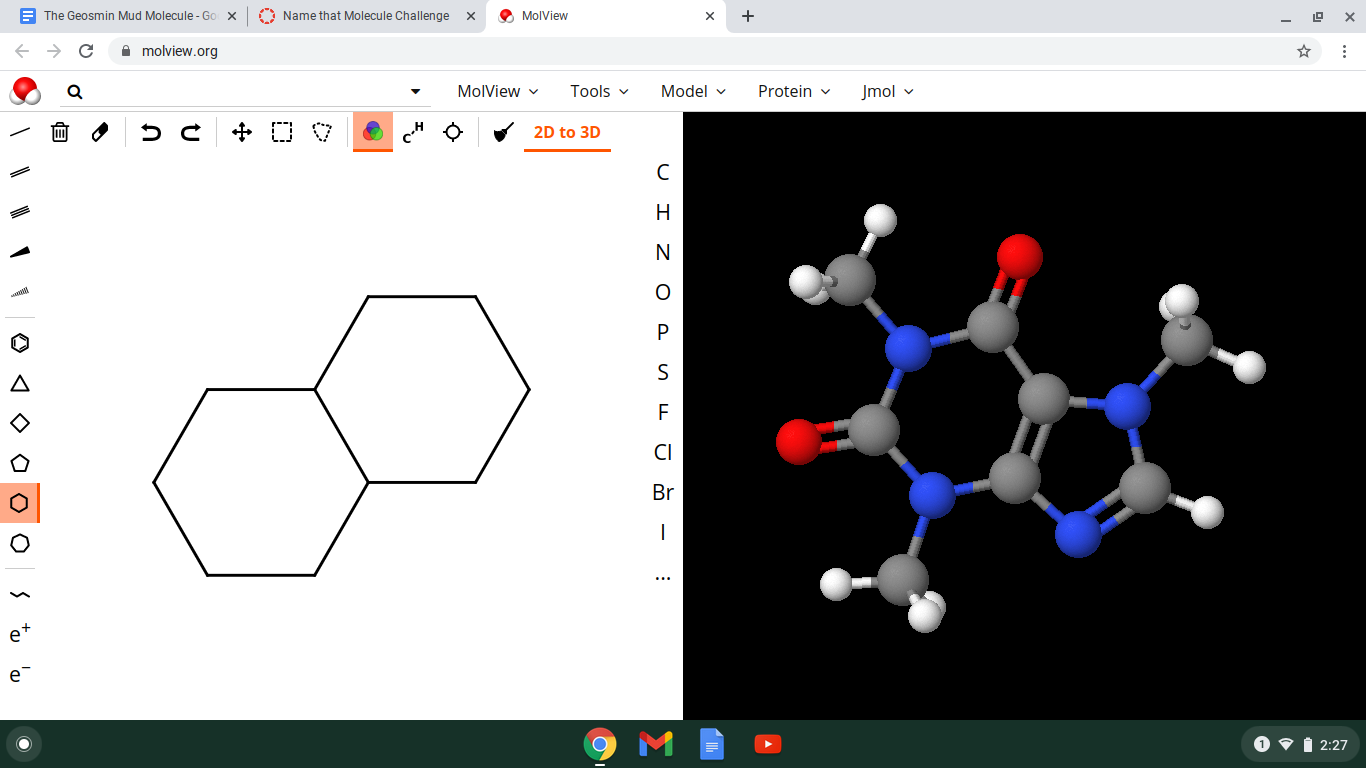 Geosmin is the molecule associated with the smell of Earth or soil. It is mainly responsible for the “just rained” smell that most everyone can easily identify. The Geosmin molecule consists of a decalin structure, meaning it has two fused-six membered rings. This resembles two connected hexagons. It is composed of carbon, hydrogen, and oxygen and its chemical formula is C12H22O. In the soil, geosmin production is attributed to a single genus of bacteria, called Streptomyces. These are soil-dwelling bacteria which, when faced with unfavourable conditions grow spores which can be dispersed to new, more favourable conditions, enabling the bacteria to survive. Geosmin may deter predators and attract organisms that disperse spores. It is speculated that geosmin may attract small soil animals that become coated with spores and so disperse them through the soil.