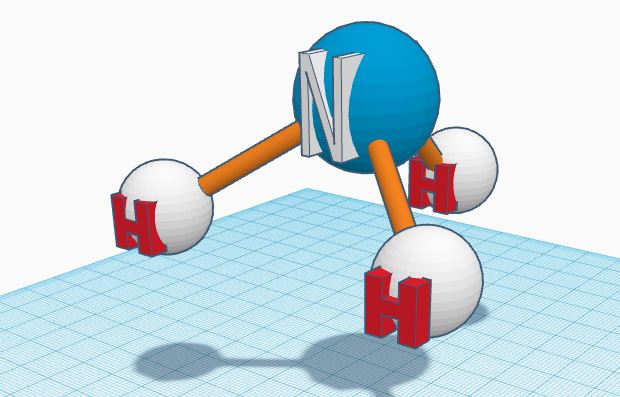 Ammonia (NH3) is a chemical compound composed of one nitrogen atom and three hydrogen atoms and has a triangular pyramidal geometry. It is a colorless compound and it has been known to have a strong smell. Ammonia is an important molecule in today’s world due to it being crucial in fertilizing the world’s crops. The United States produced around 14 million metric tons of ammonia in 2019. It is also an important ingredient in explosives. Besides that, Ammonia is also used in the manufacture of plastics, textiles, pesticides, dyes, and other chemicals.