The Wonders of Aspirin 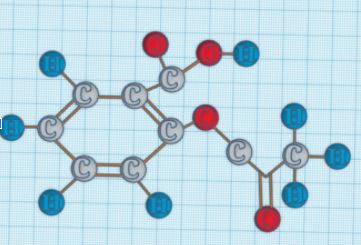 Acetylsalicylic Acid is also known as Aspirin is used as a medication to treat a variety of illnesses ranging from fever and arthritis to the prevention of heart attacks, stroke, and dementia. Acetylsalicylic acid is stable in dry air but gradually hydrolyses in contact with moisture to acetic and salicylic acids. However, it decomposes rapidly in solutions of ammonium acetate or the acetates, carbonates, citrates, or hydroxides of the alkali metals. Its chemical formula can be written out as C₉H₈O₄. Aspirin is the most widely used drug in the world, with more than 100 billion tablets consumed annually. Can soothe migraine headaches, stop premature labor in some pregnant women, and control lung inflammation caused by a common respiratory virus that is a major hazard for premature infants. This simple molecule has saved millions of lives since the day it was discovered in a piece of willow bark.