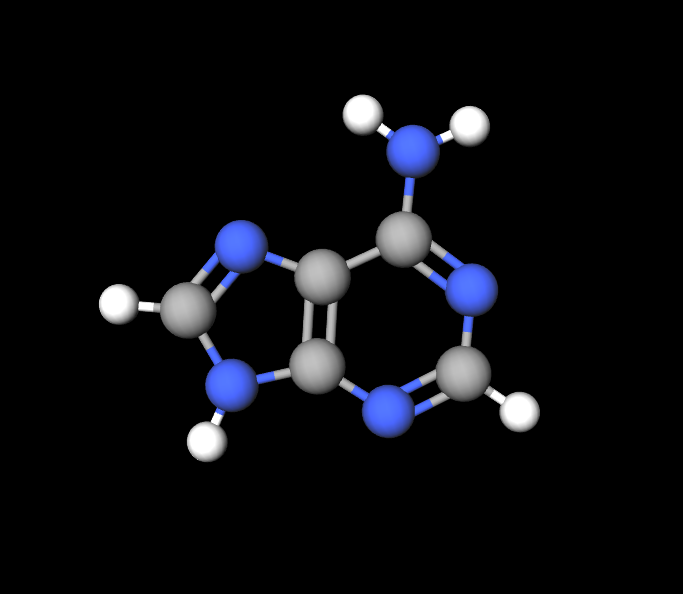 9H-purin-6-amine or adenine is composed of five hydrogens, five nitrogen, and five-carbon. Adenine has a density of 1.6 g/cm^3 and weighs 135.13 g/mol, it is soluble in hot water, but no significant results in ethanol. While the melting point is 360-365 C. Originally adenine was known as vitamin B4 but was later removed from the family due to it not meeting the definition of a vitamin. Adenine is a part of the human body as one of four building blocks to RNA and DNA and is part of A, C, G, and T. But it can also be used in cells and an example would be adenosine triphosphate also known as ATP because it is a part that stores energy for cells.