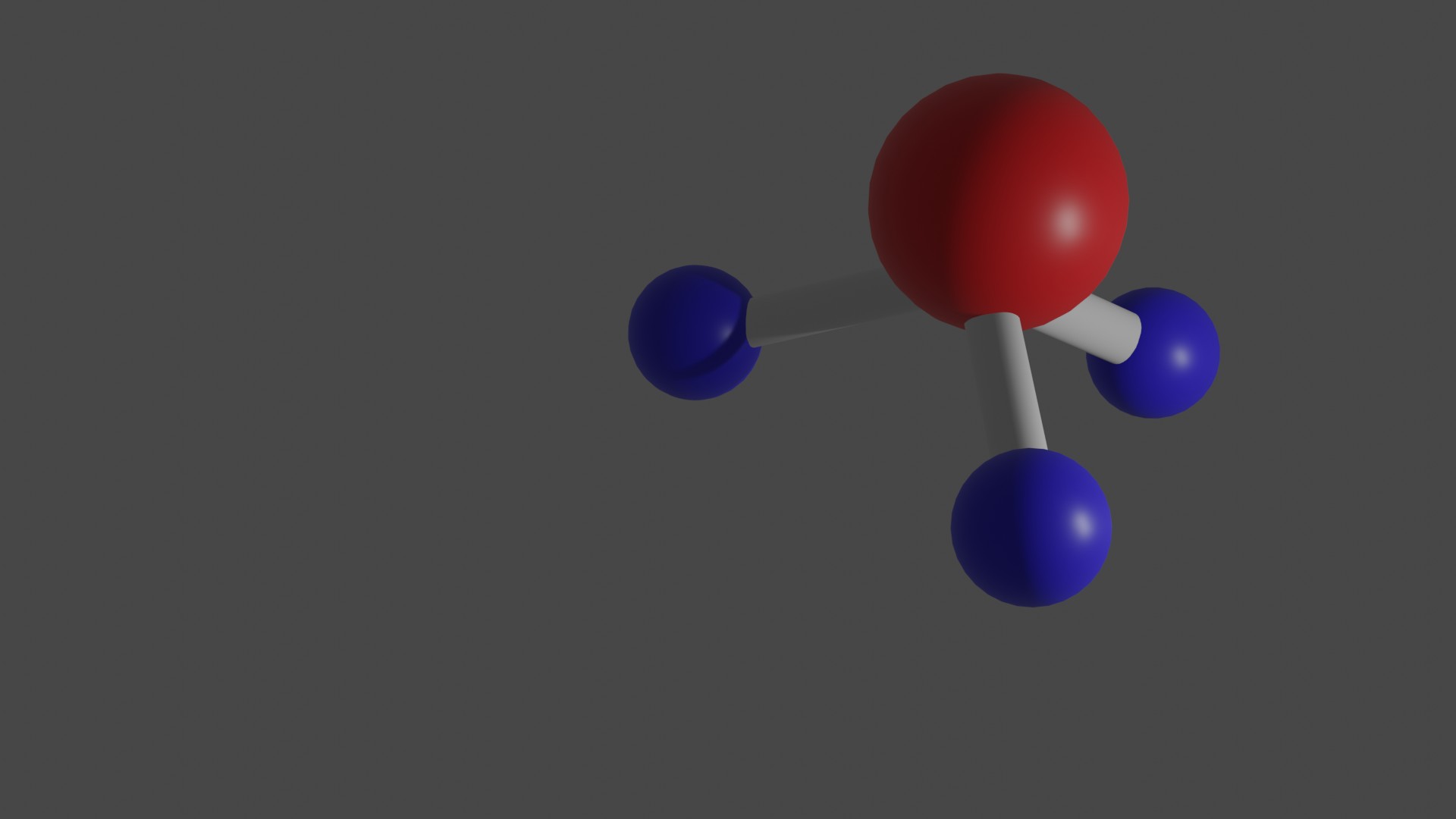 Ammonia(NH3) is a compound formed by one nitrogen(N) atom and three hydrogen(H) atoms. It has a triangular pyramid shape. Ammonia is a gas that has a strong odor. Ammonia is colorless and is lighter than air. Prolonged exposure to ammonia can cause lung damage and death. It is soluble in water. I found out about ammonia when my dad told me that it could pollute the water of our fish tanks and be bad for our fish. A fish’s primary waste is ammonia. It is formed when the fishes body breaks down food. Ammonia is used as fertilizer, refrigerant gas, to purify water supplies, and in the making of plastics, explosives, dyes, and other chemicals. Though it can pollute water, it is good for plant growth. That is why it is used in fertilizer. Also, ammonia is good at killing germs. That’s the reason why it’s used in cleaning products.