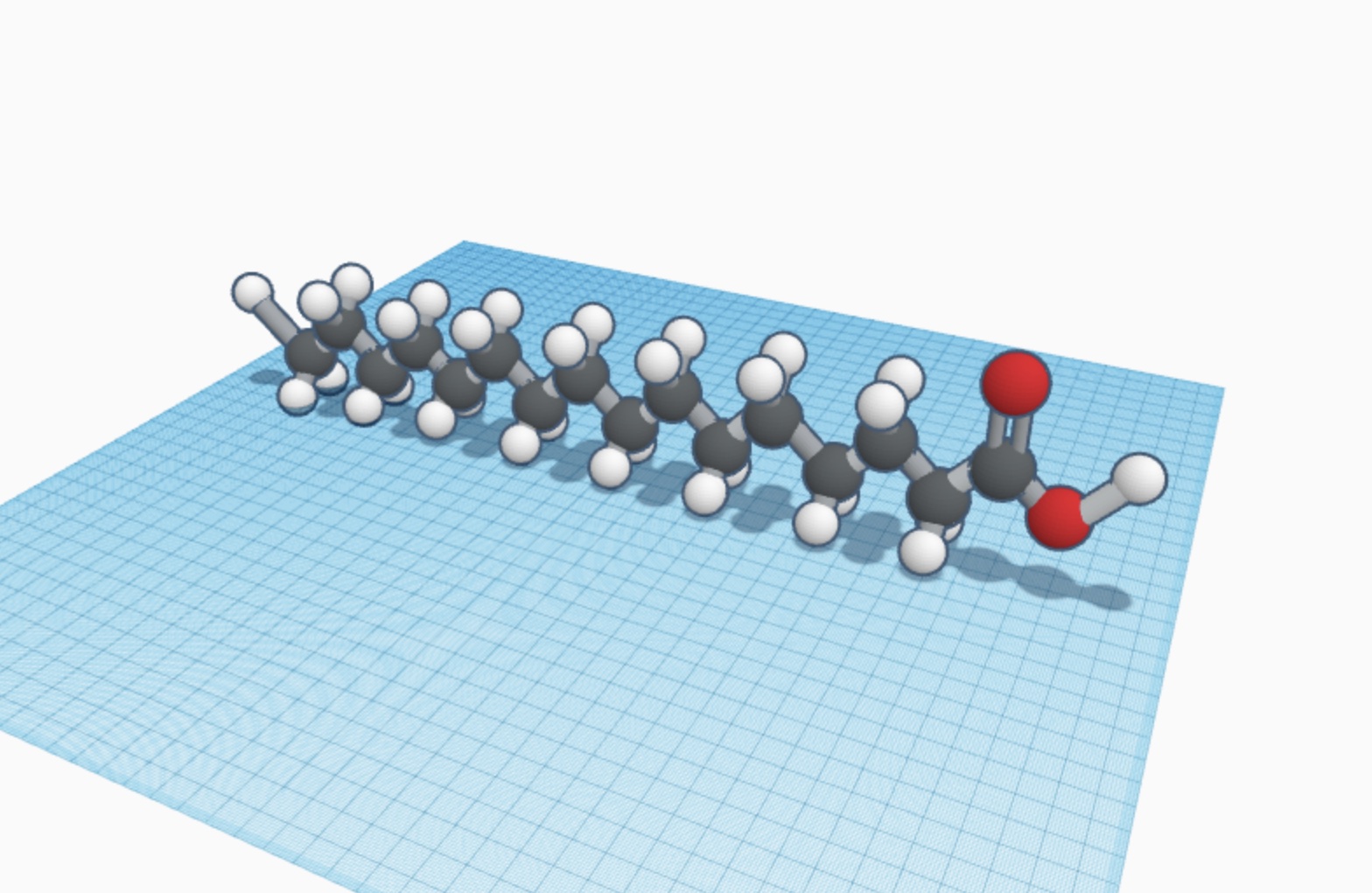 Trans fats are molecules mostly created by people to solidify unsaturated fat. Unsaturated fat molecules are molecules that have double bonds between the carbon atoms, and has less hydrogen atoms than saturated fat. They are healthier, but the molecules are usually liquid in room temperature. To prevent that, scientists add extra hydrogen for lowering the melting point in a process called hydrogenation. During hydrogenation, the two components CH𖾔 and H flip, making it a trans fat molecule. A well-known example is butter and margarine. Butter is saturated fat and margarine is trans fat. Studies have shown that margarine is not healthier although they are plant-based because the structure of the trans fat makes our body absorb it differently. Trans fats are also used in many different processed foods, such as granola bars and vegetable shortening.