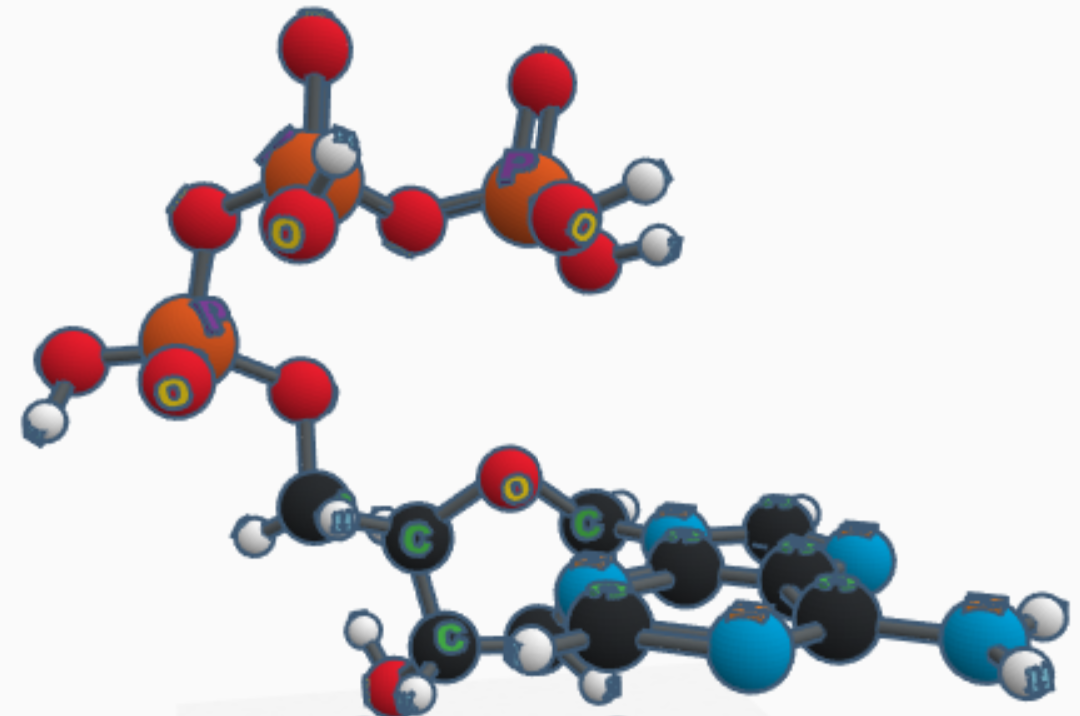 Deoxyadenosine triphosphate (dATP), with the formula C10H16N5O12P3, is one of the many important molecules found in cells. It is composed of the five-carbon sugar deoxyribose, the nitrogenous base adenine, and three phosphate groups. It is classified as a deoxynucleoside triphosphate (dNTP) due to this structure. It has a similar structure to ATP, with ATP having the sugar ribose rather than deoxyribose. dATP, alongside other dNTPs, is mainly used to make new DNA so cells can divide. During DNA replication, dNTPs attach to template DNA strands to synthesize new strands. Two phosphate groups are removed from the dATPs, turning them into deoxyadenosine monophosphates. dATP and other dNTPs are also used in polymerase chain reaction (PCR) to artificially create many copies of a DNA strand. PCR is used to identify the perpetrators of a crime, test for viruses or bacteria, and diagnose genetic disorders. dATP is therefore an interesting and beneficial molecule.