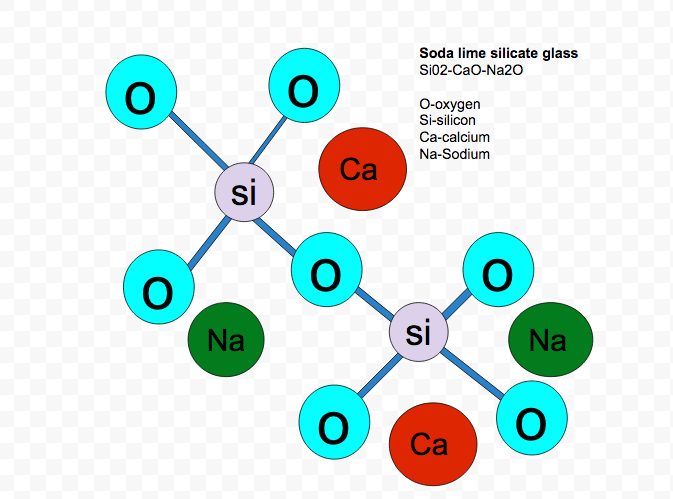 You are all familiar with glass. I am talking about soda lime glass which is the most common glass. The formula is SiO2-Na20-Ca0, meaning soda-lime-silicate and has a tetrahedron shape in it. Soda lime glass is used for bottles,drinking glasses,windows, and containers. Pure glass is Sio2, but Na2O and Ca0 are added to make it bend and last longer. Here are the elements used to make it.
Silicon
Silicon has the symbol Si and the atomic number 14. 4 oxygen are attached to it.
Oxygen
Most of you know oxygen. It’s the most popular element in the formula. It has the symbol O and the atomic number 8. Oxygen is what we use to breathe.
Sodium
Sodium has the symbol Na and atomic number 11. It is the other element floating freely in the glass formula.
Calcium
Calcium is 1 of the elements floating freely in the formula.