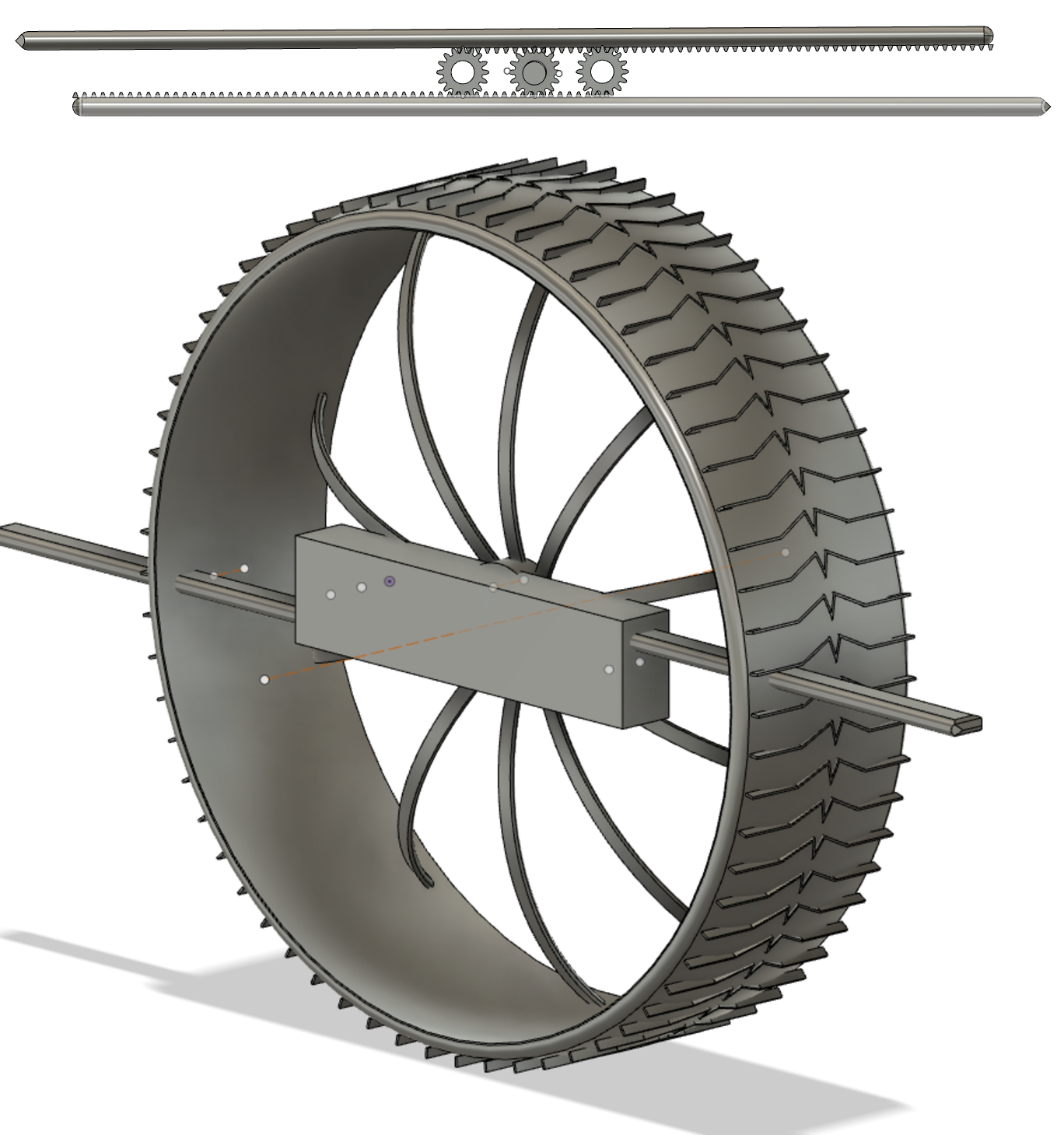 Spirit was operating until it got stuck in Martian sand. RAP-W will solve this problem. My idea is to extend two rods from the wheel, using a rack and pinion mechanism. The gear’s (shown in the cross-section of my 3D model ) rotational motion causes both of the racks to slide out in a linear motion, extending in opposite directions beyond the circumference. The wheel’s rotational motion will cause the extended rod in the direction of the motion, to dig into the ground. The extended rack reaches a tipping point and elevates the wheel out of the ground. The continued motion will enable the wheels to get unstuck. Adding a protective box around the rack and pinion mechanism stops it from clogging up with dust. I have seen similar idea being used to get tractors out of mud, and I believe it will work for the Mars rover.