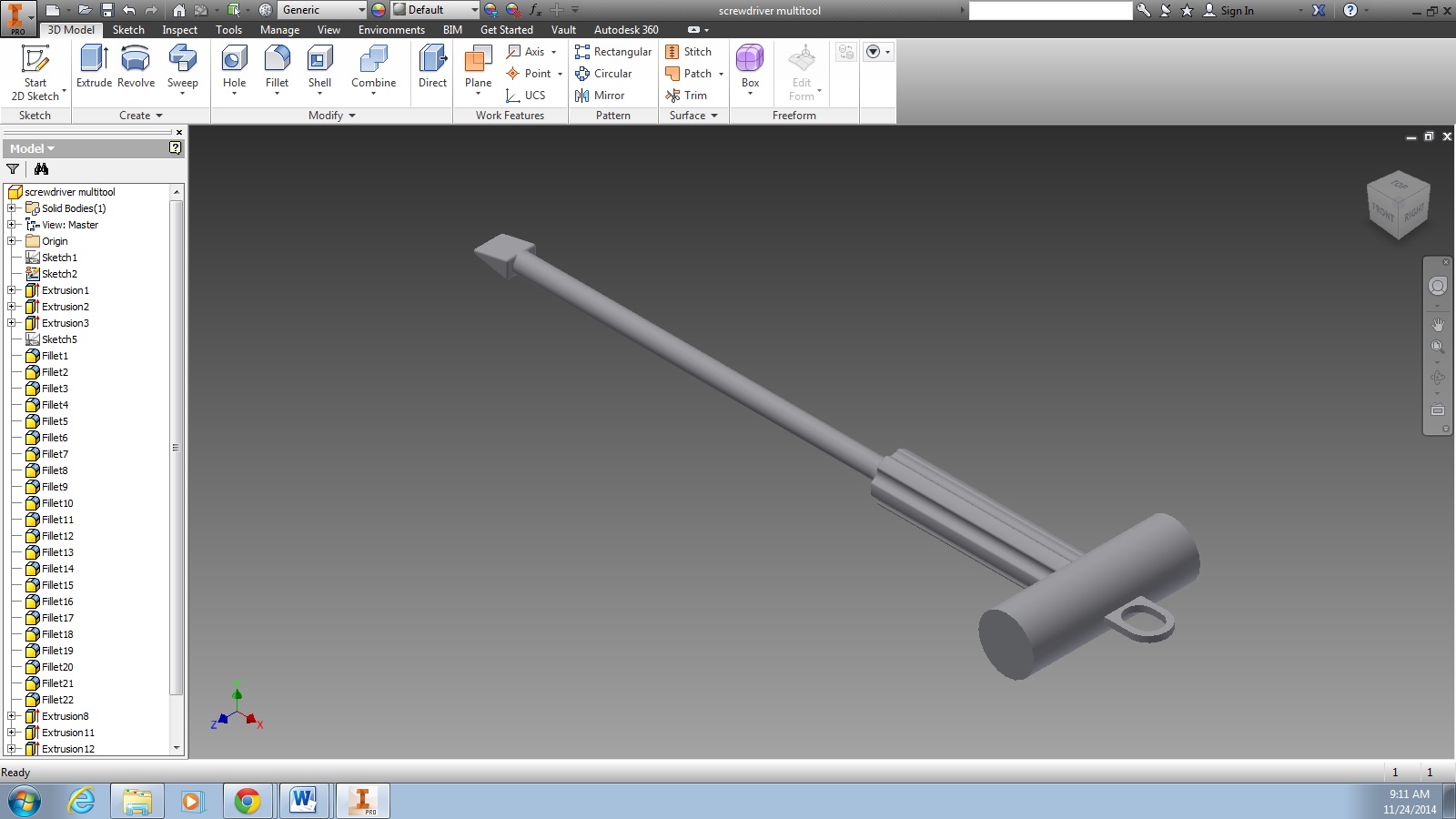 The screwdriver tool I designed has a couple functions. It has many uses including screwing screws and as a hammer. The screwdriver also has other functions. The tool I created also has a loop at the base, as well as a hammer. The loop allows one to hook it on to objects such as a belt loop. This also allows other objects to be attached to. The handle of the screwdriver itself is made so it has a firm grip that is easy to handle and to rotate properly. The hammer at the end can be used as leverage to twist the screwdriver itself. It can be applied in space by a simple applicant of force to objects like nails.