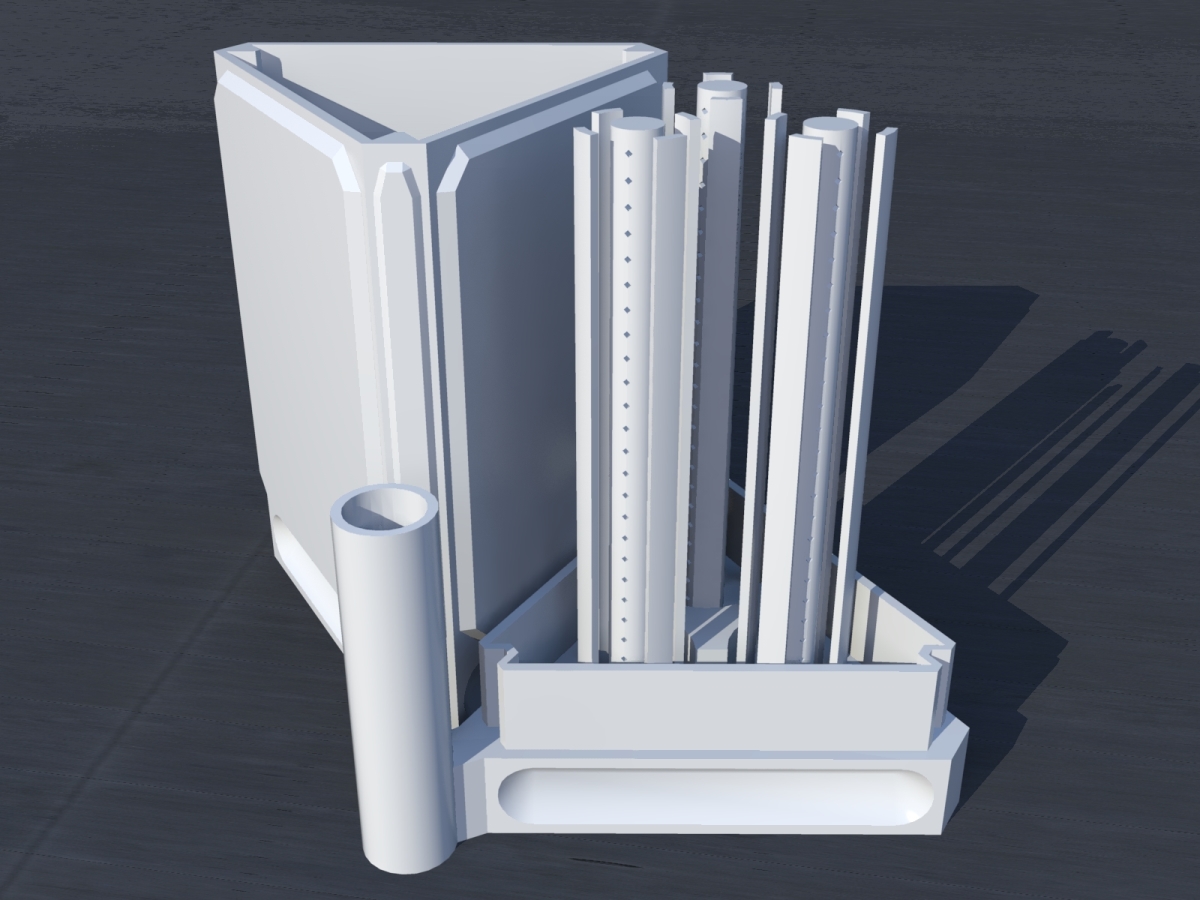 In 2007, a sample of melanin-rich fungus was recovered from the highly radioactive site of the Chernobyl nuclear disaster. Soon after, researchers discovered that just as plants use chloroplasts to convert sunlight into chemical energy, this melanized fungus uses radioactivity as an energy source. Since ionizing radiation is prevalent in space, this fungi could serve as a renewable food source for humans, perhaps during extended asteroid exploration missions. My 3D model caters to the organism by providing a protective outer shell (on the left in the image), housings for an organic growth bed (shown encircling the irrigation rods) and an irrigation system. In order to sustain the fungus, water is pumped into the extruding intake tube before travelling through an internal piping network and into the growth bed. The device is designed for use and production within microgravity, and will function best when printed with a waterproof, low-warp plastic such as Colorfabb XT.