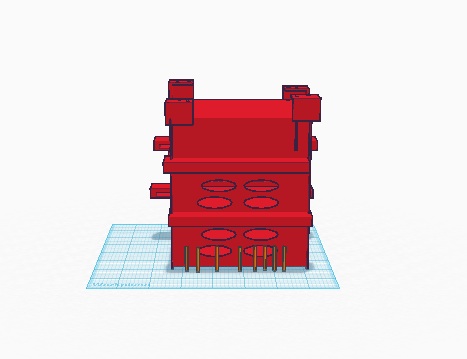 The space coop is made for keeping a chicken in (while in space). Space farmers would use it on the ISS to have chickens in space. To assemble the space coop you need to line up the hinges, and the holes at the top to the holes on the hinges. Then you put the pegs in the holes on the hinges (you may need to push the pegs down a little). To use the space coop you put a chicken in one part, and another chicken in another part. Then you slide the door to the compartment open to the other chicken. Then the chickens breed and one lays an egg. You then put the chickens back in their compartments. You move the egg into the last compartment by sliding the other door open. You take off the hinges, and take off the lid and take the egg out.