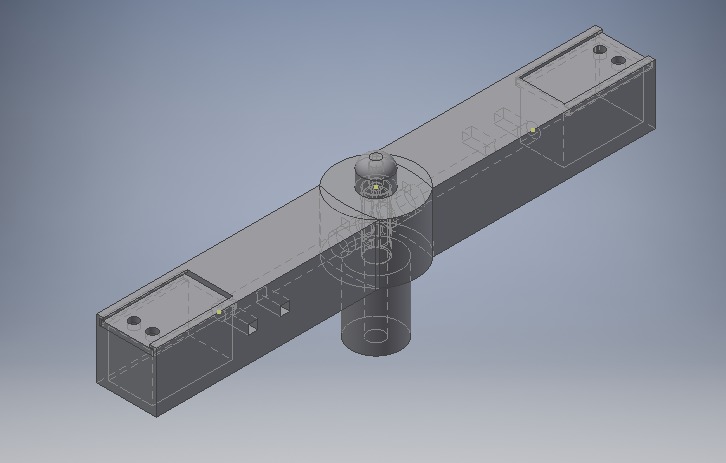 Plants will be an important way to feed our astronauts as they head towards new planets, such as Mars. However, the lack of gravity means that plants don't know which way to grow, which could lead to a problem. The seedrifuge, designed to be printed in plastic, is a multi-part assembly that could revolutionize the germination of plants. It is designed with two compartments in which plants should be germinated, and operates on an axle with a hole in it. This is powered by compressed air, which creates thrust as it exits the nozzles in both arms, spinning the mechanism and using centripetal force to direct the plant's growth, though a motor or crank could be used with small mods. I have designed the seedrifuge to supplement hard rations on a journey to a planet such as Mars, as the nutrients from fresh vegetables cannot be gotten in other ways. The idea could be later implemented in bigger mechanisms later as well.