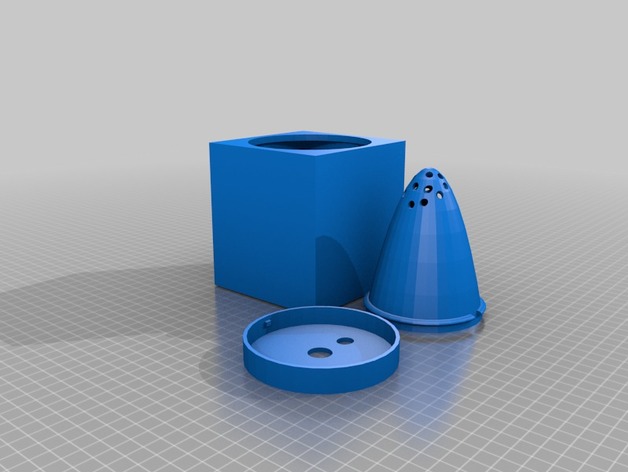 The object I have designed for NASA’s competition is an outer space planter meant to be used in environments with little to no gravity. It would most likely be used for testing and research on smaller plants or act as a nursery for larger plants in their early stages. This would be useful on the space station as it would allow research on the affect gravity has on different plants in space. It consists of a small cup, a cap, and a holding box. The cup would hold the soil for the plant to grow and has several holes on the bottom to allow for root growth. Then, there is a cap with both a “growth hole” and a “water hole." The holding box would hold the cup in case any loose soil escaped. The soil and the seed are placed into the cup. The cap is placed on top by matching the holes on the rim of the cup with the protrusions on the cap, and then turning to the left or right. Then the cup is placed into the holding box, and then it is complete.