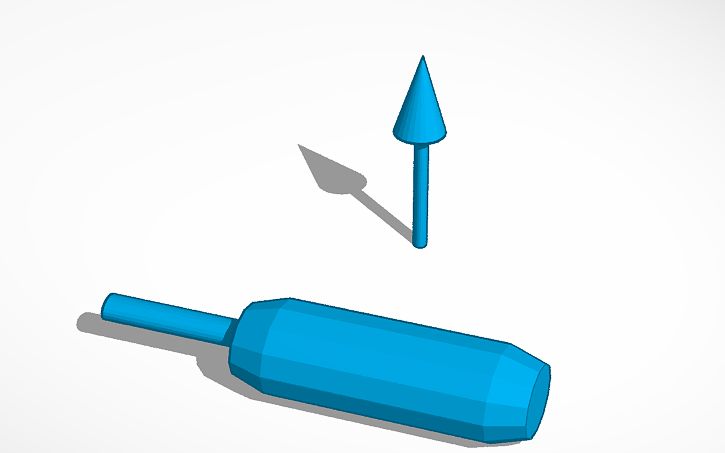 My tool is a screwdriver with two heads. It is called the Speedy Screwdriver. How this tool works is when the attached head pops off, the other is available inside. Because screws have different faces, I needed to make another head. The Speedy Screwdriver can rotate five to sixty times per minute because it isn’t hand powered. This tool is needed on the ISS for a huge reason. To repair the Hubble Telescope. The Hubble was launched in 1990, which means it would have to go through a lot of repairs to still be in orbit twenty seven years later. This also needed to unscrew different cords. You may see red, green, yellow, and more different colored wires in the ISS. Well, sometimes there can be a malfunction and you may have to take a screwed wire off the wall, according to sciencing.com. This tool takes up less volume and keeps you more organized. Instead of leaving the screwdriver and screwdriver heads out, you can put them both inside the handheld part. Speedy Screwdrivers would help.