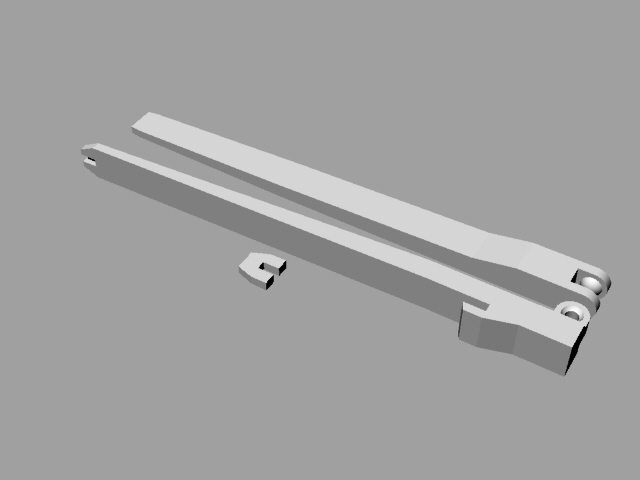 This is a pair of tweezers that also can act as a flathead or phillips screwdriver. The design has a ball-in-socket hinge at the back, that allows the tweezers to open to 180 degrees. One of the arms has a slot cut out of the tip that allows an included tip extension to be attached.
The tool can be used for anything from manipulating small parts or screws to a complicated object, to tightening any sort of screws on anything. The tool would be especially useful on the ISS because of the limited resources and the large gloves that have to be worn while exposed to space. The tool can accomplish two different tasks while requiring less raw materials than it would to print the two separately. A large problem that faces astronauts in space is the clunkiness up the gloves that need to be worn. Tweezers would help with this problem because they can be used with gloves but they can also grasp small objects that would be difficult to otherwise.