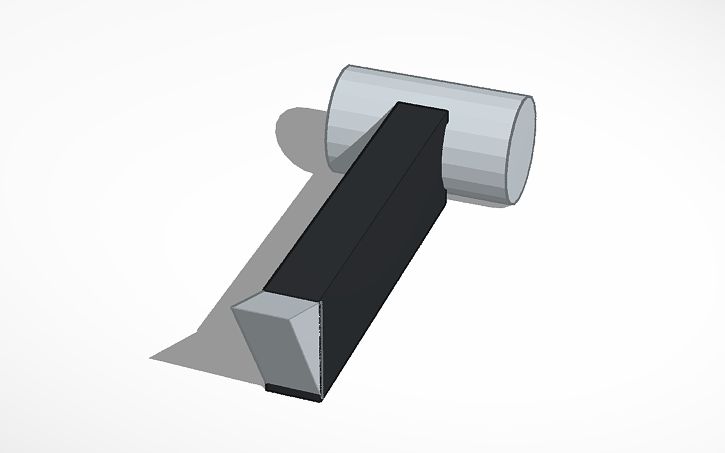 Combining two items to create less volume is a great idea. My invention is called the Crommer, it includes a double headed hammer at one end, and a crowbar at the other. Instead of switching off between a hammer and a crowbar, have them all in one place. I used a hammer because you can do more things with it then you thought. You can use this tool to hammer things down, and you can even use it as a water stopper. I put the crowbar at the other end of the hammer because while you are on the spaceship you may not be able to get something off or pry something open. The hammer is actually double headed hammer. It is flat on the sides, and also flat on the top. The crowbar has two sharp points on the end to help pry something off. The Cromer is a multi functional tool that can be used inside or outside of any spaceship. In conclusion, I think you should print my item and use it on a spaceship because it can be useful for many astronauts while in space.