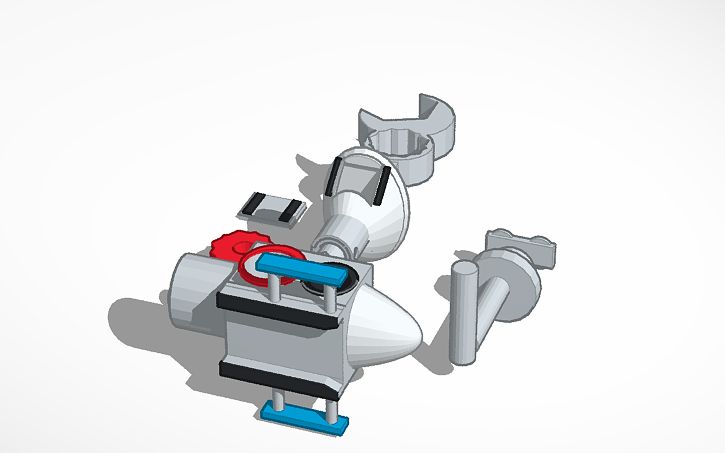 This is a multi-use hammer. Its main body is a dead blow hammer, with parts of a combination wrench at the end. At the top of the hammer are handrails, which can hold supplies like clamps. There are 2 holes, which can keep lenses and velcroed gear (the black areas represent velcro). There is also a seat-track of a multi-use bracket (MUB). The camera shoe and screw of the MUB can be found as one single tool. The hammer, wrench, containers, and lenses, which can be put into the red hole, kept their early uses as tools. The containers’ insides can be magnetized to hold metal. It was found that MUBs are used to hold equipment like technology. To hold the MUB, the adapter can be put into the wrench hole, which allows the hammer to fit into the screw. The adapter can be magnetized. The hammer can extend with its red pole, which can collapse into itself and stop growing when a nail with a screw cap is put into its hole. This fusion helps by mixing 7 items into 1 work and restraints tool.