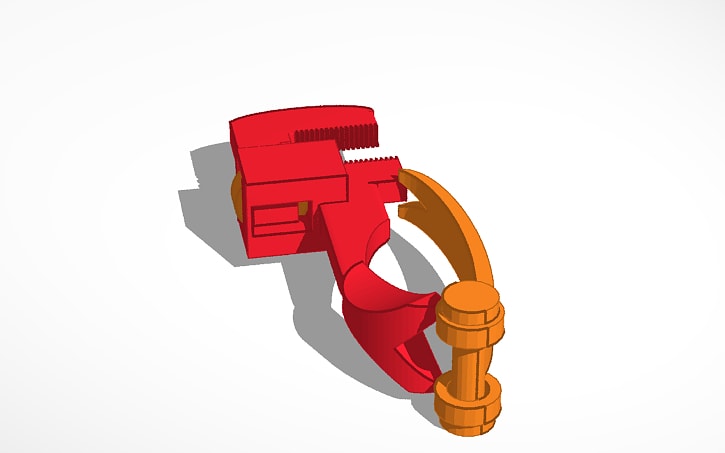 The tool I created is called the W.C.B. (Wrench Crowbar) or the Wrench-Bar. As the name implies it is a combination of a pipe wrench and crowbar. The Wrench-Bar can fold so it isn’t as long. The crowbar part of the tool has a triangular cut at the end of it so it can be used for taking out nails of nearly any size, so if needed it could be used to open a vent or anything held together by nails. The crowbar can also be used to open crates or pry apart two objects. An example could be using the crowbar to open an electrical panel to fix the inside. The pipe wrench can be used to tighten or untighten pipes. It could also be used to unbolt objects. The pipe wrench is adjustable so it can be used on small pipes, big pipes, small bolts, or large pipes. For example, if a pipe comes loose the wrench can tighten it. I know that astronauts would find more uses for this tool since they know exactly what’s on a space station, but so far this is all I could think of.