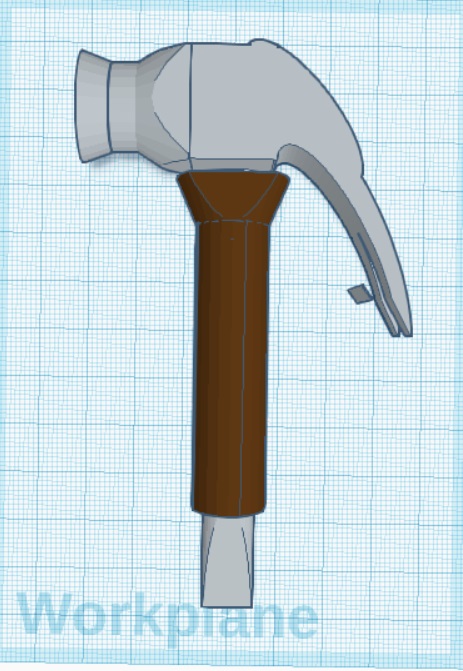 The scrammer is a screwdriver and a hammer combined. It is useful because it is easier to carry around, and therefore there are less tools to bring up into the Space Station. This invention is a good idea because it takes up less space to have a multiple tool in one, instead of a bunch of separate tools.This tool fixes and helps to build the ISS with the hammer and the screwdriver. It has a large saw handle, a screwdriver on the tip and a saw on one side of the tool. It attaches to the inside walls with velcro, so that the tool does not fall victim to gravity and fly away. Since they wear thick gloves when they are outside of their spaceship, having a large handle will help them to not lose it in outer space. The plastic I am going to use is with recycled materials for the Space 3-D Printer. The goal is to get to the point where the printer can produce spare parts to fix broken equipment from waste that only takes up room and can be reused by making new tools like the Scrammer!