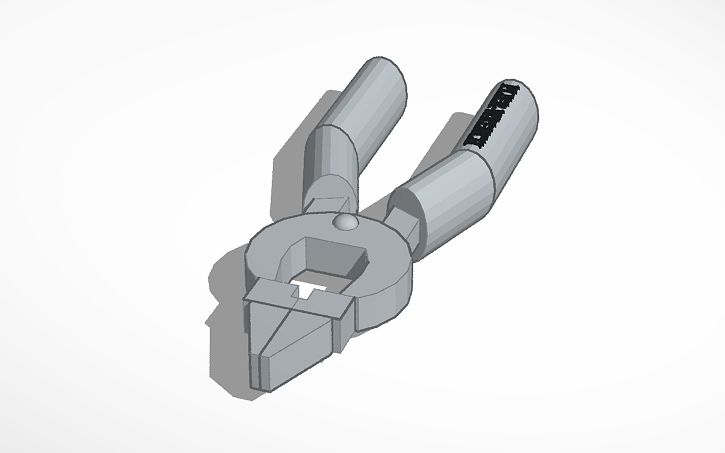 The Plier Wrench is, as it clearly states in the title, a mix between a pair of pliers and a wrench. Pliers are used for grasping things tightly and can also be used to bend or compress an array of objects and materials. Some pliers may also have a sharp part, almost like scissors, that can be used to cut wires. A wrench is used to have a grip on turning objects, such as nuts and bolts. Many tools are needed on the ISS and that makes it pretty crowded, so why not save some space? The Plier wrench is a two-in-one tool, so there is more space for other gadgets to be stored or carried around on a tool belt. How the tool operates is just like a regular pair of pliers, but combined with a wrench. The sharp part used to cut wires is still on and all you need to do to work the wrench is to open the pliers on the pivot point by the handle and use the wrench how it would usually work, twisting the bolt or nut in place. Use the same steps to let go of the nut or bolt.